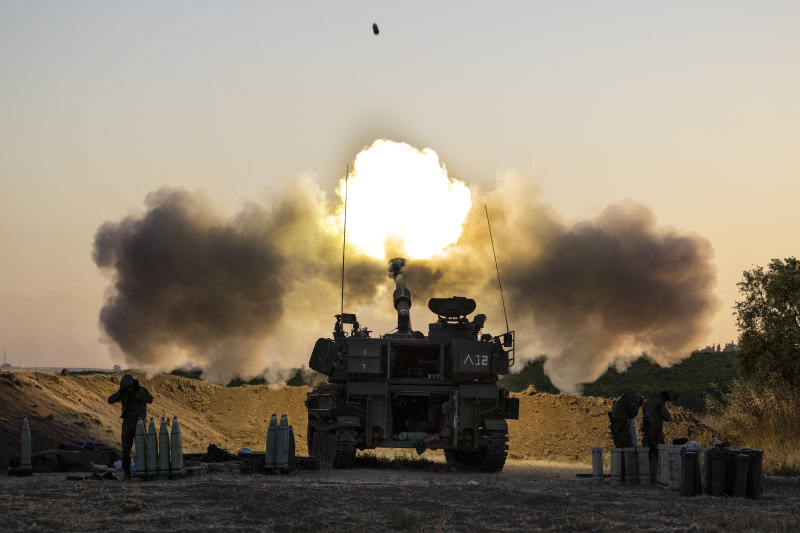 Gaza City: Israel unleashed a wave of air strikes across the Gaza Strip, killing at least one Palestinian and wounding several others. The latest strikes came after Prime Minister Benjamin Netanyahu pushed back against US pressure to wind down the offensive against Gaza’s Hamas militants, who have fired thousands of rockets at Israel.

Explosions shook Gaza City early on Thursday (Jerusalem time) and orange flares lit up the night sky, with strikes also reported in the central town of Deir al-Balah and the southern town of Khan Younis. As the sun rose, residents surveyed the rubble from at least five family homes destroyed in Khan Younis. There were also heavy airstrikes on al-Saftawi Street, a commercial thoroughfare in Gaza City.

The Israeli military said it struck at least three homes of Hamas commanders in Khan Younis and another in Rafah, targeting “military infrastructure,” as well as a weapons storage unit at a home in Gaza City.

An Israeli strike smashed into the Khawaldi family’s two-story house in Khan Younis, destroying it. The 11 residents, who were sleeping in a separate area out of fear, were all wounded and hospitalised, said Shaker al-Khozondar, a neighbour.

Shrapnel hit his family home next door, killing Hoda al-Khozondar, his aunt, and wounding her daughter and two cousins, he said. Weam Fares, a spokesman for a nearby hospital, confirmed her death and said at least 10 people were wounded in strikes overnight.