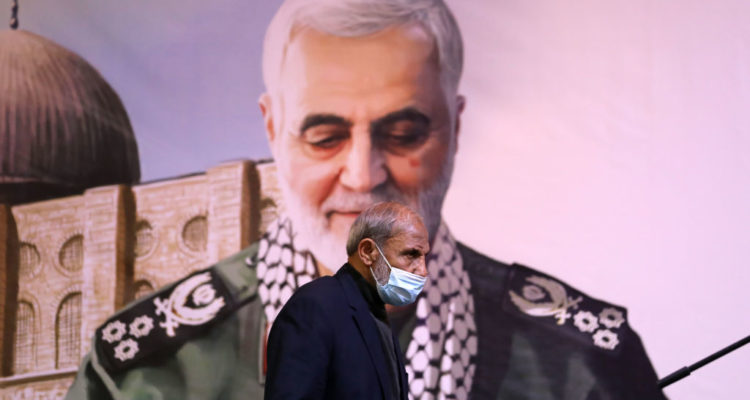 References to Iran have been glaringly absent from commentary on the clash between Israel and Palestinian factions in Gaza, even though two primary terrorist organisations, Hamas and Islamic Jihad, have effusively praised Tehran and its regional proxies for providing their military capabilities and finance.

Moreover, the way the conflict was framed both by the Gaza groups and by Iran’s broader regional network, from Hezbollah in Lebanon to the Houthis in Yemen, makes it clear that they all view their regional battles as mere fronts in an integrated transnational jihad directed against Israel by Iran’s Islamic Revolutionary Guard Corps.

As Islamic Jihad and Hamas have repeatedly asserted for years, they would have little capacity to start these wars against Israel without IRGC training, funding, arms transfers and expertise. Not only does Iran provide arms and rockets, but it has also established local production capability for all its proxies and trained operatives externally in the technical aspects, even custom-designing cruder rockets like the Badr-3 that can be manufactured with ease in Gaza.

One Islamic Jihad official, Ramez al-Halabi, declared: ‘The mujahideen in Gaza and in Lebanon use Iranian weapons to strike the Zionists. We buy our weapons with Iranian money. An important part of our activity is under the supervision of Iranian experts. The contours of the victories in Palestine as of late were outlined with the blood of Qasem Soleimani, Iranian blood.’

Hamas’s Gaza chief, Yahya Sinwar, said that his group’s ‘complete gratitude is extended to the Islamic Republic of Iran, which has spared us and the other Palestinian resistance factions nothing in recent years. They have provided us with money, weapons, and expertise. They have supported us in everything … They weren’t with us on the ground, but they were with us through those capabilities.’

Read the article by Oved Lobel in The Strategist.