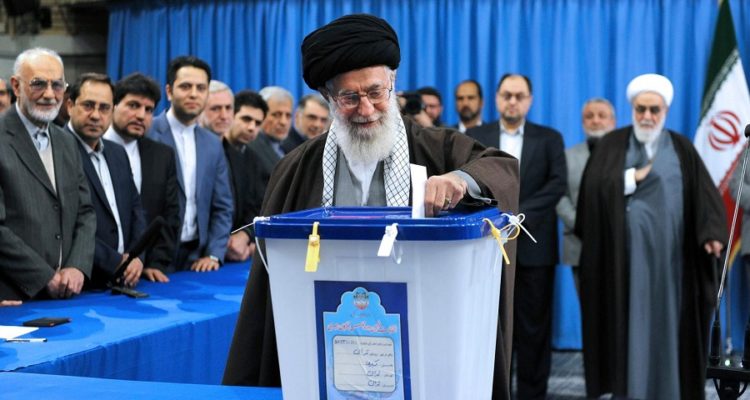 Marking victory for the regime, spelling trouble for the West (AP)

Ebrahim Raisi, newly elected Iranian President, deserves his nickname, the “Butcher of Iran”. As a prosecutor following Shah Reza Pahlavi’s overthrow, Mr Raisi was a key figure in the 1988 mass execution of political prisoners that, according to Amnesty International and the UN Human Rights Council, sent between 4500 and 5000 men, women and children — and possibly many more — to their deaths. Amnesty says they suffered “torture and other cruel, inhuman, degrading treatment”. Recounts told of prisoners loaded onto forklift trucks in groups of six to be hanged from cranes at half-hourly intervals. Mr Raisi called the extrajudicial killings “one of the proud achievements of the system”. In 2009, following a disputed election, Mr Raisi was deputy chief justice when peaceful protesters were given death sentences.

More recently, he has been Iran’s ultraconservative chief justice. He favours strict application of Islamic law. He is close to Supreme Leader Ali Khamenei and committed to the theocratic regime’s aggressive nuclear ambitions, global terror campaign and drive for regional hegemony.

Biden administration optimists have long viewed outgoing president Hassan Rouhani as a moderate, taking heart from his disputes with Mr Khamenei. That naive optimism underpins their hopes of reviving Barack Obama’s flawed nuclear deal in current negotiations in Vienna. What the Tehran Times described on Sunday as a “landslide” victory should provide a reality check. Mr Khamenei shamelessly loaded the electoral dice in favour of Mr Raisi, who reportedly won 62 per cent of votes cast. But only 47 per cent of those eligible voted, the lowest since 1979. Nothing better demonstrates people’s disenchantment with the regime and the impoverishment it has brought. Many who voted spoiled their ballots in protest.