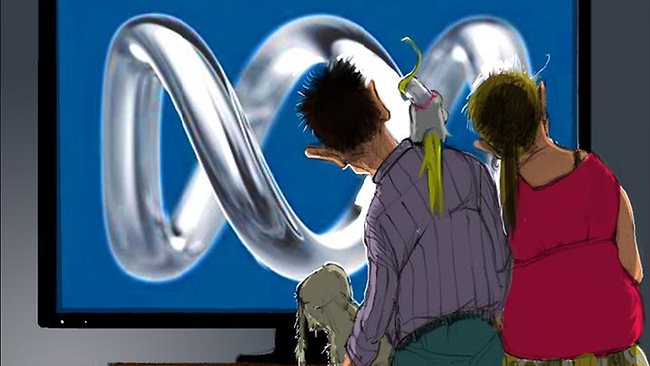 The ABC, with its multi-platform presence across television and radio stations and the internet, is our nation’s most prominent source of news and current affairs. Being taxpayer-funded, it has a code of practice which prescribes required standards of journalistic professionalism, under self-explanatory headings such as “accuracy” and “impartiality”.

Anyone who feels the ABC has breached its code may formally complain. However, they may be surprised to find who decides if the ABC has met its standards. The ABC does.

Its Audience and Consumer Affairs unit, or A&CA, is responsible for assessing complaints. While it is a separate unit, it is still very much part of the ABC.

In findings we have received dismissing our complaints, A&CA has simply cited the response from the content producer. It seems at times that if the ABC employee responsible for the report is happy with their work, so is A&CA.

A case in point was the May 27 Q&A episode that in part covered the recent Israel-Hamas conflict. Its panel included pro-Palestinian activist Randa Abdel-Fattah and lawyer Jennifer Robinson, who has represented Palestinians at the International Criminal Court, but no equivalent advocate for Israel. According to the program, that perspective was to be given by federal government MP Dave Sharma, a former Australian ambassador to Israel. However, Sharma was there to discuss political matters, and was balanced by ALP MP Ed Husic, who also called for recognition of a Palestinian state.

Read the article by Jamie Hyams in the Brisbane Times.