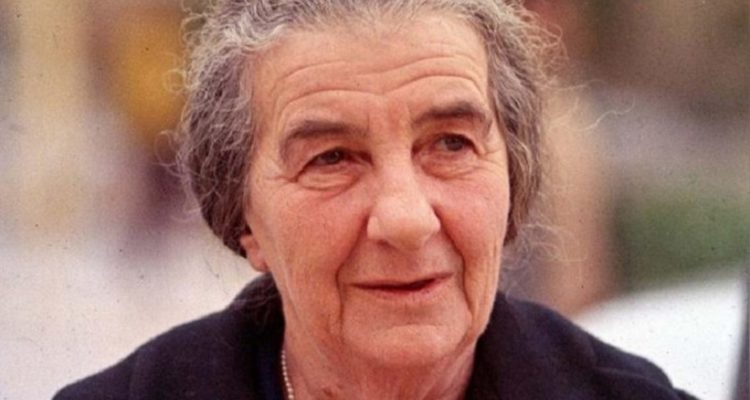 This piece is part of a new series in collaboration with the ABC’s Saturday Extra program. Each week, the show will have a “who am I” quiz for listeners about influential figures who helped shape the 20th century, and we will publish profiles for each one. You can read the other pieces in the series here.

Golda Meir was the fourth prime minister of Israel and the first woman to hold that position. She was hugely influential in the building of a Jewish and Zionist Israel, and a significant – and also controversial – figure in world politics.

Born Golda Mabovitch in Kiev, Ukraine, in 1898, Meir grew up in the United States and died in Jerusalem in 1978. This was a common Jewish migration pattern in that era, as people escaped the persecutions of the Pale of Settlement – the areas of the Russian empire in which Jews were allowed to settle – for a new life in the West.

Having served as Israeli ambassador to the Soviet Union, minister of foreign affairs, minister of labour and minister of internal affairs, Meir became prime minister in 1969. She held this role until 1974, resigning after the end of the 1973 Arab-Israeli War.

One of her biographers, Meron Medzini, has asserted:

The outside world saw her as the nice, gentle, pleasant and fragile Jewish grandmother.

But Meir was also, he wrote:

[…] a ruthless political animal, possessing an iron will and self-discipline […] She detested criticism and refused to acknowledge errors.

In her late teens, Meir joined the Labor Zionist movement in the United States. After finishing school she travelled the country selling their message.

Read the article by Jordana Silverstein on The Conversation.

[Editor: This article should be treated with great suspicion as the author is an anti-Zionist and an ally of the pro-Palestinian camp in Melbourne.]