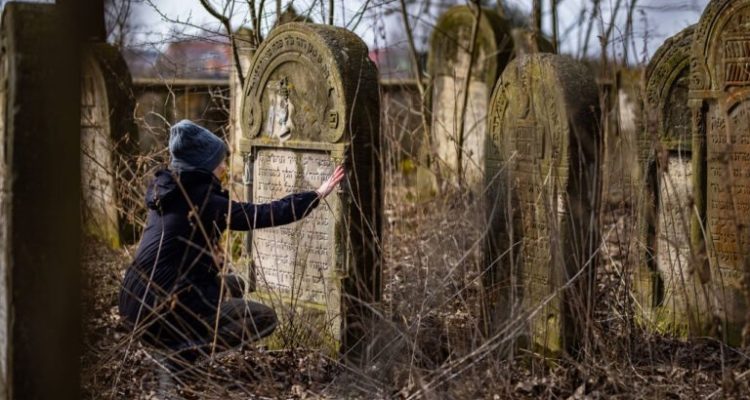 Nearly half of Jewish cemeteries in Europe are falling apart – report

A new report cataloging 1,700 Jewish cemeteries across Central and Eastern Europe has found that almost half them are in a severe state of disrepair.

The report, to be published in September, was undertaken by the European Jewish Cemeteries Initiative, a group funded by the European Union. It found that 44 per cent of the cemeteries visited by surveyors were severely neglected and in urgent need of protection. An estimated six million European Jews were killed during the genocide of World War II, known as the Holocaust.

“The fundamental reason they’re so obviously neglected is that the communities that would have been there safeguarding them have been destroyed or were forced to emigrate after the majority of the community was wiped out,” said Sean McLeod, a spokesperson for the initiative.

But the condition of the cemeteries, the report found, is not only due to neglect. Many have been desecrated, with tombstones toppled or stolen. In other cases, people have encroached on cemeteries to expand farms or build buildings, especially during the Soviet occupation of Eastern Europe that followed the world war, McLeod said.

The report, undertaken between 2019 and June, 2021, included Jewish cemeteries in Croatia, Georgia, Hungary, Lithuania, Poland, Slovakia and Ukraine. Of those countries, the Jewish cemeteries in Lithuania were found to have the highest number of at-risk sites, with 55 per cent of them vandalised or in immediate risk of demolition.

The new report is the second by the initiative. Its 2018-19 report surveyed nearly 1,500 Jewish cemeteries in Greece, Lithuania, Moldova, Slovakia and Ukraine. With funding from the Federal Republic of Germany, the initiative has now fenced and protected over 200 sites.