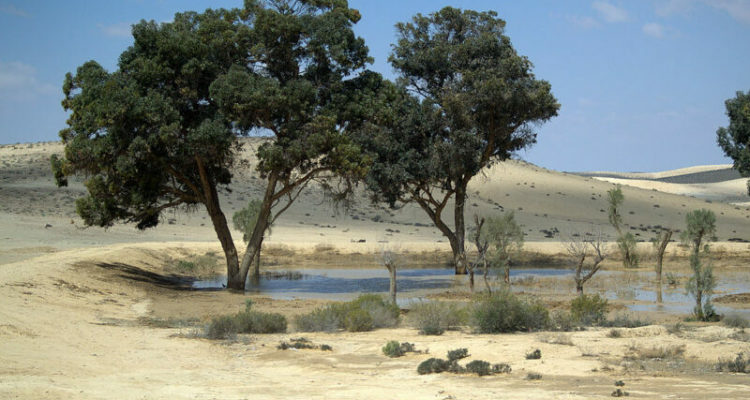 When a forest becomes a means of destruction: The Jewish National Fund, Greenwashing and COP26

In 1901, in Basel, Switzerland, a small group of Jewish men established an organisation which they named, portentously, the Jewish National Fund (JNF).

Its purpose was and still is, to acquire land in Palestine/Israel, for the exclusive and enduring benefit of the Jewish people.

The story of the JNF has many interconnected threads, both historical and contemporary. As a child living in Sydney, my family, like countless other Jewish families in the diaspora, was encouraged to contribute “our pennies” to the JNF via what is known as the Blue Box.

We knew the money was going to Israel, even if we weren’t sure what it would be spent on. Planting trees to “green the desert” was what the Israeli government told us. Turns out, the JNF since the early 20th century, has been centrally involved in the Zionist project of acquiring and dispossessing Palestinians of their land, from before 1948 when Israel became a state, to this day.

As Palestinians were expelled from their towns and villages during the 1948–49 colonisation process, the JNF stepped in to “redeem the land of Zion”. More than 500 Palestinian villages were completely destroyed and pine and cypress forests and parks were established over many of them, making it impossible for Palestinians, if they could return, to rebuild their homes or re-farm their lands.

These acts deliberately hid evidence of Palestinians’ existence. Arboreal erasure. For example, the recent (August 2021) massive and out of control wildfire in the Jerusalem Hills, fuelled by the JNF’s mass planting of pines, has revealed bare Palestinian agricultural terraces, explicit evidence of the cover-up of Palestinian lives and livelihoods.

Read the article by Barbara Bloch in Pearls and Irritations.