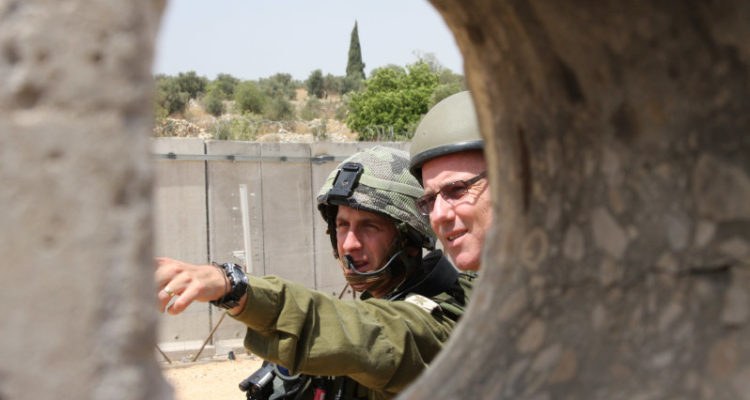 Journalist John Lyons seen here with the Israeli army in the occupied West Bank in 2010.

Dealing with the Lobby is not the toughest gig

When I read the extract in The Age last Saturday from the booklet by John Lyons, Dateline Jerusalem: Journalism’s Toughest Assignment, I assumed this title was meant to be satirical or ironic in some way.

Surely, the title was not to be taken literally, that reporting from Jerusalem where most foreign correspondents in my experience live comfortable lives, are well paid, their children go to good schools, and the restaurants are not too bad in most places if not quite as good as in Tel Aviv, was journalism’s toughest gig?

Then I read the whole booklet. It turns out that the title is no joke. And the title sums up what’s so strange about this booklet, because what Lyons means is that Jerusalem was so damn tough because of a bunch of Jews in Australia, most of them middle-aged or elderly, that he calls the Lobby. That’s coming from a former editor of the Sydney Morning Herald, the former Middle East correspondent of The Australian and currently a senior journalist at the ABC.

Turns out that this booklet is not an examination in any real way of the challenges of reporting the Middle East. It is not about the fact that most correspondents, Lyons included I presume, do not speak Arabic or Hebrew, that history, contested history, is a living breathing constant presence in Israel and in Gaza and the occupied West Bank. It is not about the obstacles the Israeli military and civilian officials put in the way of foreign journalists, the way Hamas in Gaza controls what foreign journalists can see, who they can talk to, where they can go and never unaccompanied.

Read the article by Michael Gawenda in The Age.