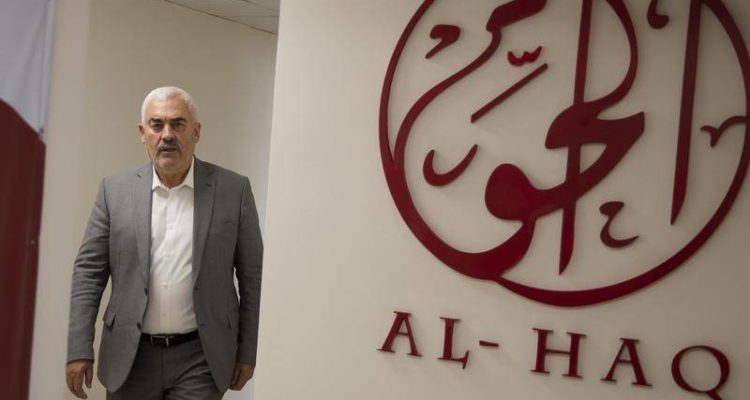 Al-Haq is one of six Palestinian human rights groups Israel has declared as terror organisations.

Israel is sending an envoy to Washington amid a deepening rift with the Biden administration over six outlawed Palestinian rights groups, a Foreign Ministry official says.

Israel last week designated the prominent Palestinian human rights groups as terrorist organisations, sparking international criticism and repeated assertions by Israel’s top strategic partner, the United States, that there had been no advance warning of the move.

Israel’s move marked what critics say was a major escalation of its decades-long crackdown on political activism in the occupied territories. The US State Department has said it would seek more information on the decision.

Joshua Zarka, a senior Israeli Foreign Ministry official, told Israeli Army Radio the envoy would “give them all the details and to present them all the intelligence” during his visit in the coming days.

Zarka said he personally updated US officials on Israel’s intention to outlaw the groups last week, and said he believed Washington wanted a more thorough explanation of the decision.

The rights groups decision is emerging as a test of the relationship between the Biden administration and Israel’s new government, which was formed in June by eight politically disparate parties. The coalition ended the 12-year rule of former Prime Minister Benjamin Netanyahu.

Read the article by Tia Goldenberg in The Young Witness and The Canberra Times.