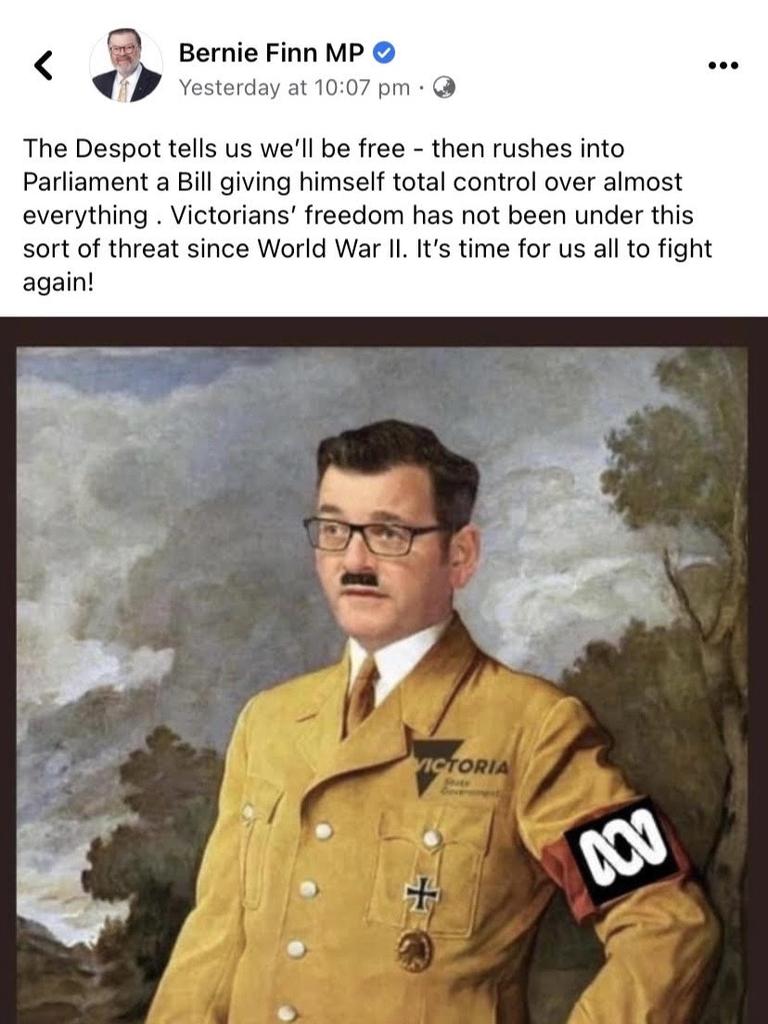 Opposition Leader Matthew Guy has said he “will deal with Bernie” Finn after the controversial MP posted an “indecent” tweet “weaponising the Holocaust”.

The Facebook post, which was swiftly deleted, referred to the premier as the “Despot” and likened Victoria’s current predicament to the Nazi regime.

“The Despot tells us we’ll be free – then rushes into parliament a Bill giving himself total control over almost everything,” Mr Finn wrote.

“Victorians’ freedom has not been under this sort of threat since World War II.

“It’s time for us all to fight again!”

Opposition Leader Matthew Guy, who is already dealing with a major political scandal, said he would “deal with Bernie” in the next 24 hours.

“As you can appreciate, that gives me a lot to do in the next 24 hours,” he said.

When asked what he made of the controversial post, Mr Guy said he hadn’t physically seen it

Mr Guy said he hadn’t physically seen the controversial post but added: “From what I’ve heard, it sounds quite ridiculous”.

Chairman of the Anti-Defamation Commission Dr Dvir Abramovich said Mr Finn should do some soul searching.

Read the article by Mitch Clarke and Kieran Rooney in the Herald Sun.