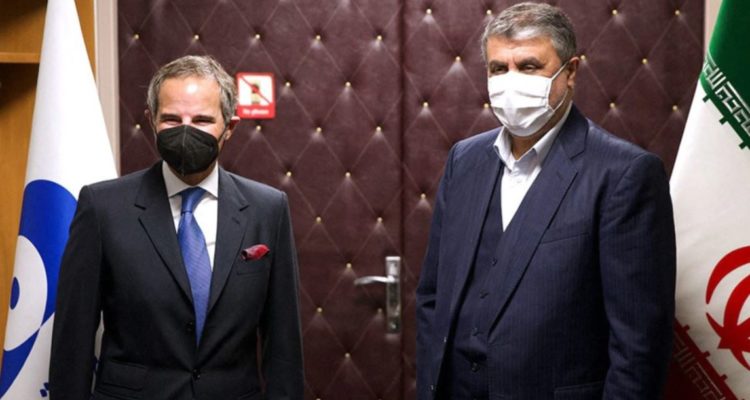 UN nuclear chief leaves Iran without a deal on inspections

The head of the UN atomic watchdog agency has left Iran after failing to reach a deal to allow inspectors access to a factory making equipment for Tehran’s nuclear program, casting a fresh shadow over international nuclear talks set for next week.

The factory, in Karaj, had ­resumed producing key parts for centrifuges, which are used to ­enrich uranium, without any monitoring by the International Atomic Energy Agency. Diplomats said talks between the IAEA and Iran were continuing.

With Iran, the US and other major powers set to resume negotiations in Vienna next Monday aimed at curbing Iran’s nuclear capabilities, that raised new concerns among Western officials that Iran could divert nuclear equipment to a possible future covert nuclear weapons program.

Iran says its nuclear program is purely peaceful. Western officials have said there is no evidence Iran is currently building a covert nuclear weapons program.

“We could not agree yesterday in spite of my best efforts,” IAEA director-general Rafael Grossi said on Wednesday, adding that the agency needed to “restore the monitoring and verification ­capacities” at the site.

Mr Grossi said talks to reach an agreement on Karaj were continuing but they didn’t appear to be close to a deal. However, he warned that without IAEA access to the site, he would soon be ­unable to give future assurances about material produced at Karaj. Neither the IAEA nor Iran has confirmed that Karaj has ­resumed production since June.

Read the article by Lawrence Norman in The Australian.