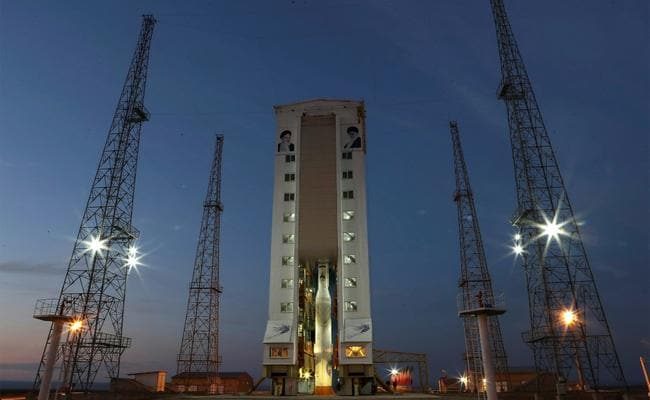 A picture released by Iran's defence ministry shows a Simorgh (Phoenix) rocket ready for launch from an undisclosed desert location.

Jmedia Manager
Print
January 1, 2022 20
Iran on Thursday said it has carried out a new space launch, sparking concern in Washington which said such moves show the need to revive a 2015 nuclear deal.

Tehran successfully put its first military satellite into orbit in April 2020, drawing a sharp rebuke from the United States.

Iran insists its space programme is for civilian and defence purposes only, and does not breach the nuclear deal or any other international agreement.

Iran’s state broadcaster aired footage of a rocket rising from a desert launchpad, but gave no details of its location.

“The research goals foreseen for this launch have been achieved,” he added, quoted by state television.

Hosseini did not elaborate on the nature of the research, but he said the latest operation was a “preliminary launch” and that more would follow.

In February, Iran announced it had launched its most powerful solid fuel rocket to date, the Zoljanah, boasting that it can put a 220-kilogramme (480-pound) payload into orbit.

According to the Pentagon and satellite imagery of the Semnan centre, an Iranian satellite launch failed in mid-June, reports denied by Tehran.

Negotiators from Britain, France and Germany on Tuesday described the talks as “urgent”. They warned that “we are nearing the point where Iran’s escalation of its nuclear programme will have completely hollowed out” the deal.