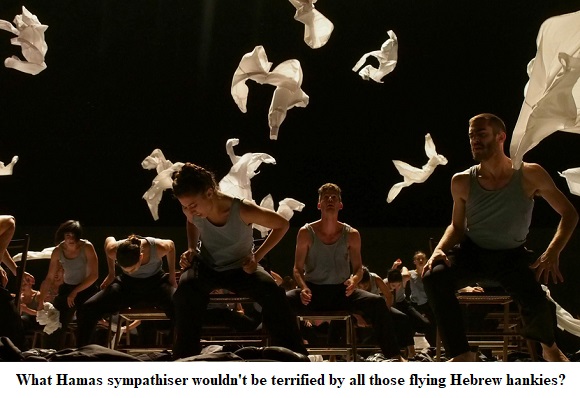 uadrant readers, I should hope, will be unbothered by Tom Ballard’s absence from the Sydney Festival, as the humourless comedian, at the urging of the Boycott, Divestment and Sanctions movement, has decided not to participate.

As I write, the list of withdrawals, 30 at last count, is sure to get longer and longer. At what I imagine would be the the panel discussion from hell, Yumi Stynes, Julia Banks and Louise Milligan were scheduled to bang on about the patriarchy and related themes until Stynes, also in solidarity with Palestine, pulled out. Again, for my readers, this may be the cause of amused cheer rather than annoyance.

That said, there is much in this campaign that we should find bothersome: the rebarbative manner in which it has been conducted, the pathetic non-effort by some in the media to question its claims, and what it all may foretoken for the cultural life of the country.

To recap: it came to light that Israel is among the financial supporters of the Sydney Festival, as the Israeli embassy in Australia contributed $20 000 to the staging of Decadence, a production by Israeli choreographer Ohad Naharin and the Sydney Dance Company. As expected, the news of this funding led to an outbreak of the customary insanity among left-wing academics and activists.

Read the article by Timothy Cootes in Quadrant Online.