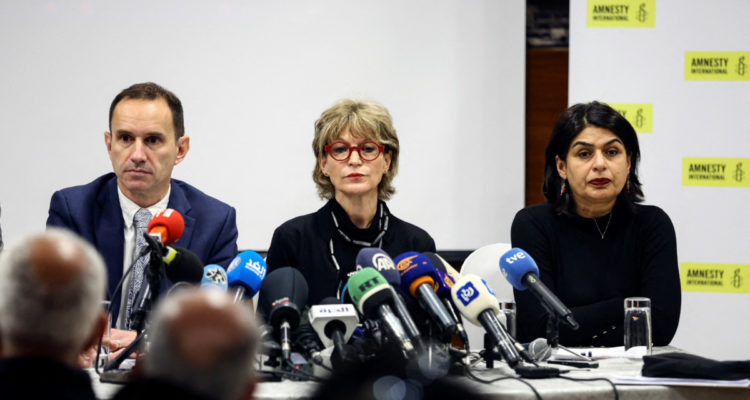 Amnesty International accused Israel on Tuesday of subjecting Palestinians to a system of apartheid founded on policies of “segregation, dispossession and exclusion” that it said amounted to crimes against humanity.

The London-based rights group said its findings were based on research and legal analysis in a 211-page report into Israeli seizure of Palestinian land and property, unlawful killings, forcible transfer of people and denial of citizenship.

Israel and its top ally the United States rejected the report, the second by an international rights group in less than a year to accuse it of pursuing a policy of apartheid, a word originally used to describe South Africa’s racist policy of white minority rule and segregation in the 20th century.

Israel said the report “consolidates and recycles lies” from hate groups and was designed to “pour fuel onto the fire of antisemitism”. It accused Amnesty UK of using “double standards and demonization in order to delegitimize Israel”.

“The United Nations Security Council and the General Assembly are obliged to heed the compelling evidence presented by Amnesty and other leading human rights organizations and hold Israel accountable for its crimes against the Palestinian people, including through sanctions,” the Palestinian foreign ministry said in a statement.

Amnesty said Israel was enforcing a system of oppression and domination against Palestinians “wherever it has control over their rights”, including Arab citizens of Israel, Palestinians in Israeli-occupied territory and refugees living abroad.

Read the article by Ismael Karder in Sight Magazine.