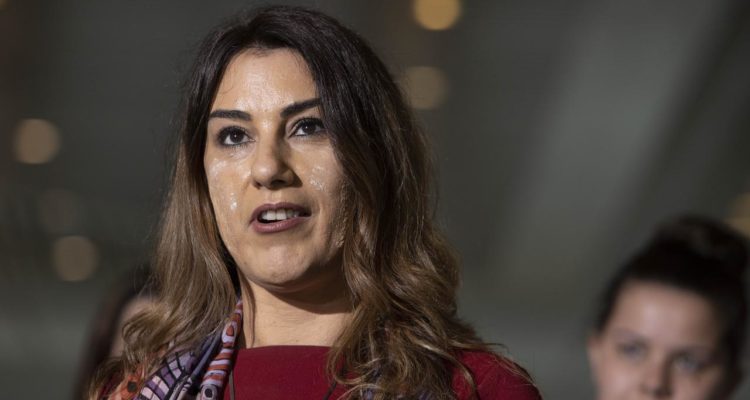 A neo-Nazi video singling out a Victorian Greens senator by name has prompted calls for the group to face “the full force of the law”.

The footage, posted by “Warriors of the Convict Resistance”, shows three men clad in black doing Nazi salutes after burning an Aboriginal flag and revealing a handwritten sign that names Lidia Thorpe and uses a ­racial slur.

Another sign with the word “smallpox” on it was also posted — a reference to the disease that killed huge numbers of Indigenous people after Europeans colonised Australia.

It comes as Victoria’s legal and social affairs committee is preparing to launch a probe into the threat of far-right extremism in the state. Chair of the committee, independent MP Fiona Patten, said the inquiry – backed by the Andrews government and the Greens – would accept submissions on the extremist threat.

“There is no doubt there is wide community concern about the increase of far-right extremism in Victoria,” she said.

“We have seen disturbing videos and images of these types of extremists out in regional Victoria, we have seen gallows being wheeled past parliament.”

Of the video targeting Senator Thorpe, Deakin University senior research fellow Josh Roose said it was the first time he had seen a sitting member of parliament singled out in an far-right video.