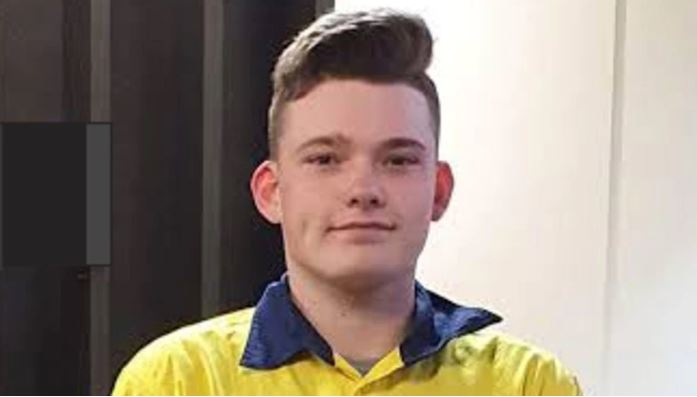 This Mansfield Park plumber is the leader of far-right extremism in SA and should be jailed for ‘escalating’ terrorism offences, a court has been told.

He looks like any other apprentice plumber eager to start his career but, according to police, this is the face of far-right extremism in South Australia.

On Thursday, police told the Adelaide Magistrates Court that Cameron Brodie-Hall was not just a member of the National Socialist Network, but the leader of its SA branch.

They further alleged he educated the group’s other members – including men twice his age – in its far-right ideology, and organised both its propaganda and public demonstrations.

“He is a known member of the National Socialist Network and is suspected, by detectives, to be its leader as well as its operational leader,” they said.

“He is in charge of its propaganda and its activism, holding meetings with other men at his home to instruct them in the ideals of the group.

“In his bookcase, covered by a German Nazi flag, were documents called a ‘practical guide to revolution’ (and) ‘revolutionary fascist materials’.

“They promote ‘mental liberty’ and glorify persons such as (1995 Oklahoma City bomber) Timothy McVeigh for their terrorist acts.

Read the article by Sean Fewster, Chief Court Reporter in The Advertiser.