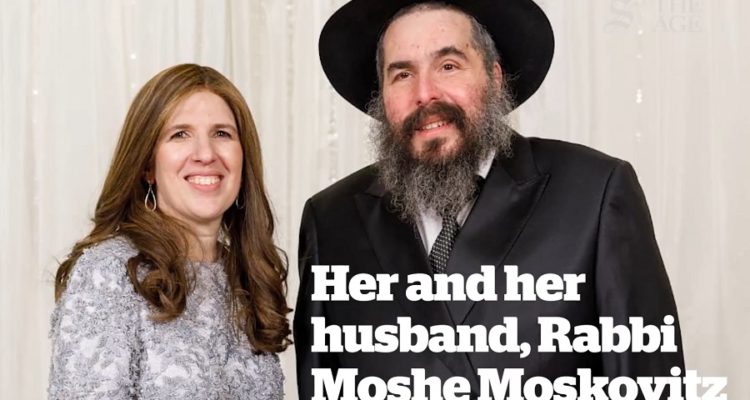 A week of relentless shelling and gunfire has forced a Sydney woman and her family to flee Ukraine’s second largest city, leaving behind a synagogue and Jewish community fostered over 32 years.

Miriam Moskovitz was left with no choice but to abandon her Kharkiv home this week with her husband, five of her 12 children, her daughter-in-law and four grandchildren.

The family had been bunkering in their sandbag-lined basement 40 kilometres from the Russian border since last Thursday, when the brutal Russian invasion began.

As prominent leaders of the local Jewish community, they spent the week housing and feeding desperate Ukrainians in their synagogue, while the sounds of war rained around them.

When a rocket landed on their street on Wednesday, they piled into a van with three suitcases and the clothes on their back, headed for Dnepropetrovsk and then Moldova, where they hoped to catch an emergency flight to Israel.

“We were planning on Wednesday morning to only send the children [to Israel]. But after a missile hit the house two doors down and then our school…we had no choice,” she said.

Speaking to the Herald as she travelled on a bus to Moldova on Friday 2am local time, Mrs Moskovitz said the constant thrum of bombings in Kharkiv had become unbearable.

Read the article by Lucy Cormack in The Sydney Morning Herald.