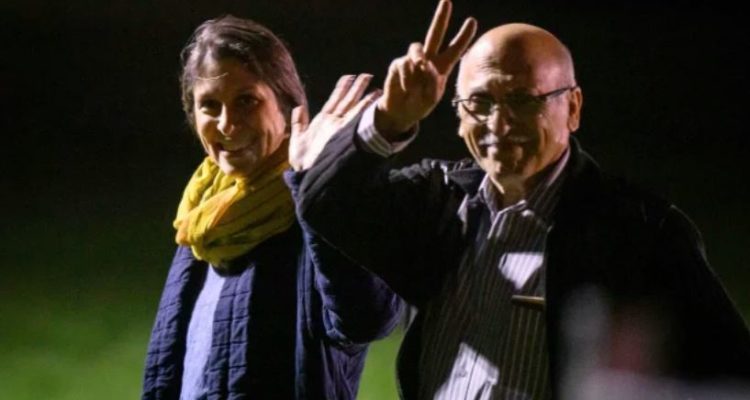 Brize Norton | British-Iranian aid worker Nazanin Zaghari-Ratcliffe and dual national Anoosheh Ashoori arrived in Britain from Iran on Thursday, ending an ordeal during which they became a bargaining chip in Iran’s talks with the West over its nuclear programme.

They arrived at the British military airbase of Brize Norton in Oxfordshire, shortly after 1am local time, after flying back via a brief stopover in Oman. They walked off the plane together and smiled and waved as they entered an airport building.

“I am very pleased to confirm that the unfair detention of Nazanin Zaghari-Ratcliffe and Anoosheh Ashoori in Iran has ended today, and they will now return to the UK,” Prime Minister Boris Johnson said earlier on Twitter.

Zaghari-Ratcliffe’s husband Richard said the long ordeal appeared to finally be over. “It’s just a relief, the idea that we can go back to being a normal family, that we don’t have to keep fighting, that this long journey is almost over,” he told Reuters outside his London home before she landed.

A statement from Mr Ashoori’s family thanked everyone who had worked towards his release. “1672 days ago our family’s foundations were rocked when our father and husband was unjustly detained and taken away from us.

Read the article by Danica Kirka and Jon Gambrell in the Financial Review.