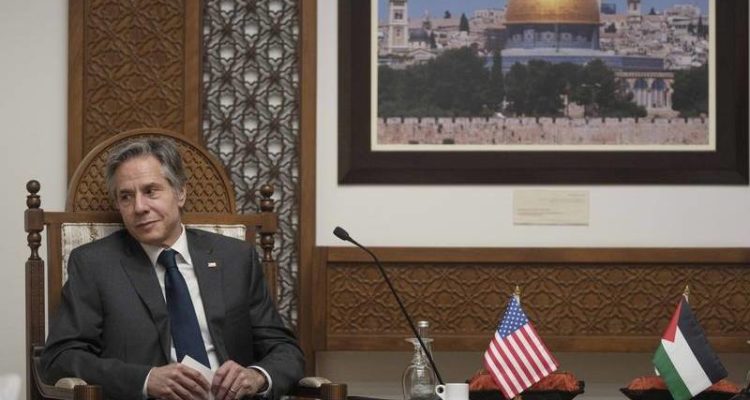 Antony Blinken is seeking to reassure allies of the US commitment to stability in the Middle East.

The top diplomats of the United States and four Arab countries have convened in Israel in a display of unity against Iran but also used the rare summit to press their host to revive long-stalled peacemaking with the Palestinians.

Concluding the two days of discussions at a desert retreat where its founding father David Ben-Gurion is buried, Israel said the event would be repeated and expanded as it builds up commercial and security ties with like-minded Sunni Arab states.

“This new architecture – the shared capabilities we are building – intimidates and deters our common enemies, first and foremost Iran and its proxies,” Foreign Minister Yair Lapid said alongside his US, Emirati, Bahrani, Moroccan and Egyptian counterparts.

Israel and some Arab countries worry than an emerging nuclear deal with Iran will leave the Persian power with the means to build a bomb and bolster Tehran-backed guerrillas.

The United States and other world powers see restoring a 2015 Iranian nuclear deal as their best option. But US Secretary of State Antony Blinken offered Washington’s regional allies reassurances in the event that diplomacy failed.

“As neighbours and, in the case of the United States, as friends, we will also work together to confront common security challenges and threats, including those from Iran and its proxies,” he said.

Read the article by Humeyra Pamuk in The Canberra Times.