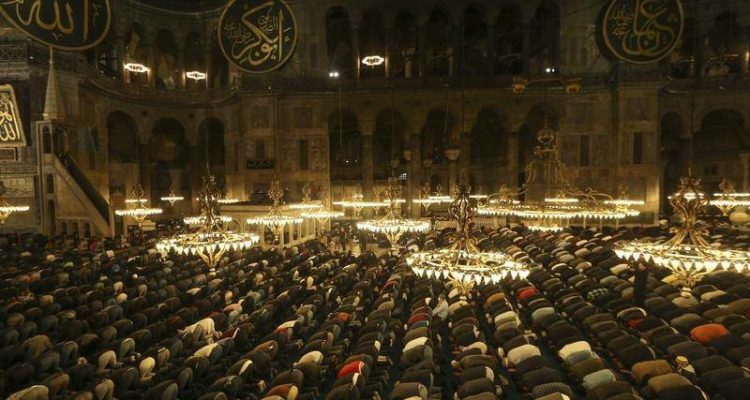 Muslim worshippers around the world have begun their holy month of Ramadan.

Ramadan begins in much of Middle East

The Muslim holy month of Ramadan – when the faithful fast from dawn to dusk – has begun at sunrise in much of the Middle East, where Russia’s invasion of Ukraine has sent energy and food prices soaring.

The conflict cast a pall over the holiday on Saturday, when large gatherings over meals and family celebrations are a tradition. Many in the Southeast Asian nation of Indonesia planned to start observing Sunday and some Shi’Ites in Lebanon, Iran and Iraq were also marking the start of Ramadan a day later.

Muslims follow a lunar calendar and a moon-sighting methodology can lead to different countries declaring the start of Ramadan a day or two apart.

Muslim-majority nations including Saudi Arabia, Egypt, Syria and the United Arab Emirates had declared the holiday would begin on Saturday morning.

Many had hoped for a more cheerful holiday after the COVID-19 pandemic cut off the world’s two billion Muslims from Ramadan rituals the past two years,

With Russia’s invasion of Ukraine, however, millions of people in the Middle East are now wondering where their next meals will come from. The skyrocketing prices are affecting people whose lives were already upended by conflict, displacement and poverty from Lebanon, Iraq and Syria to Sudan and Yemen.

Read the article in The Esperance Express.