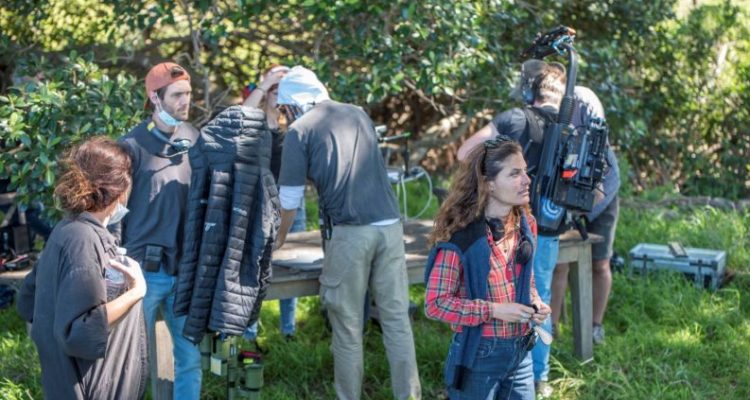 Australian family drama Mother Mountain contains various familiar motifs of our cinema, from the coastal regional setting to the Indigenous connection, but as filmmaker Celina Stang says, “it is also I think the first time a Jewish family has been portrayed in Australian cinema. I was shocked to realise this but after discussions with all kinds of people in the business, we’ve all come to the conclusion that we’ve never seen this before.”

In her own words, Stang describes the plot of the film: “Mother Mountain follows the journey of a restless and emotionally fragile mother of two, Selene, and her young Jewish family as they relocate to an idyllic rural property in south coast NSW, at the base of a mystical mountain and sacred Aboriginal site, known as Gulaga, or ‘Mother Mountain’.”

The film is a highly personal one for Stang, from the subject matter to the actual location where much of the film was shot.

“I had a property in the area and had been fascinated by the power and impact of the mountain and by the local Yuin community, a vibrant culture, with language and customs largely intact. At the time, we were not living there full-time and I wondered what this would feel like. I had been shown by the daughter of a local Elder the bones in Bodalla, the site of a local massacre. And it got me thinking, as the granddaughter of four Holocaust survivors what is in common that made us singled out for persecution?

Read the article by Dov Kornits in FilmInk.