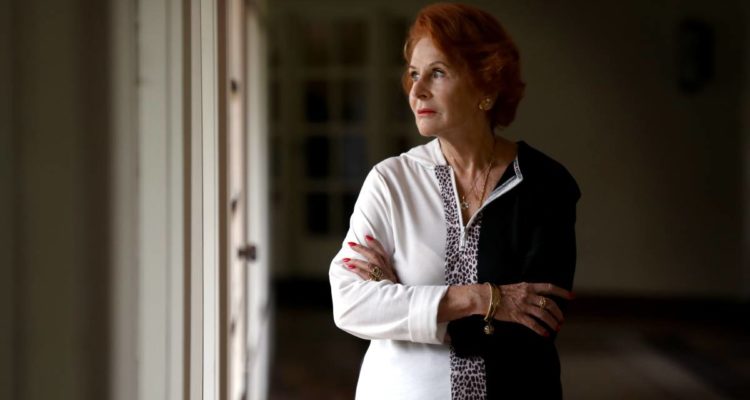 When Holocaust survivor Suzi Smeed was stopped by the police for a random check, she froze with fear at the sight of the officer.

“He had on a peaked cap and leather boots. I froze and then started to shake,” she said in Canberra where she was talking to students and diplomats at the Israeli embassy.

She was jolted by the sudden association with events she experienced 80 years earlier. The Australian policeman was actually concerned about her. “He asked me, ‘Are you alright’?” she said. But the jarring images in her mind from the past still hurt.

“My husband had to take me home, I was shaking so much,” she said.

She was a toddler when World War II ended. She and her mother and father survived through bravery (her father managed to escape from a Nazi labour camp).

And there was also the bravery of both friends and strangers who hid the family, particularly a Catholic priest who knew her mother. Hiding a Jew meant death, but a few good people still did it. At one stage, the family were hidden in a small closet above a bathroom.

Twenty years ago, on her 60th birthday, she went back to the place in Hungary where they had lived. There, she found a man who said he had copies of the paperwork for those doomed to be transported (the Nazis were good at record-keeping and bureaucracy).

Read the article by Steve Evans in The Camden-Narellan Advertiser.