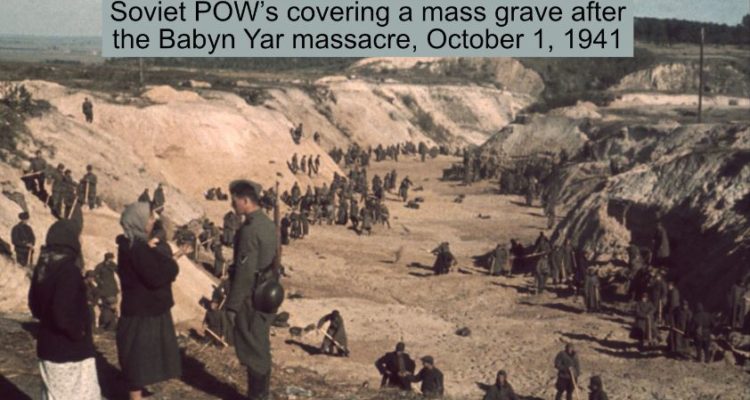 Ukraine, Putin’s War and the Jews

It was startling to hear Russian President Putin use the term “de-Nazification” in his address outlining his purpose in the invasion of Ukraine. Under the pretext of “deNazification”, Putin accuses the Ukrainians of being Nazis and drug addicts, claiming his invasion was “to protect people who for eight years now have been facing humiliation and genocide perpetrated by the Kyiv regime”.

This is absurd in the extreme as the president of “the Kyiv regime”, Volodymyr Zelensky is a Jew, while Ukraine’s former prime minister, Volodymyr Groysman was also Jewish. Moreover, Zelensky gained the support of around 70 percent of voters in the 2019 general election. Inexplicably, Russian bombs have fallen on the site of Babyn Yar, the memorial to one of the worst single massacres of the Holocaust, where tens of thousands of Jews were murdered by the Nazis.

In response to the bombing of the memorial, President Zelensky emotionally asked, “What is the point of saying ‘never again’ for 80 years if the world stays silent when a bomb drops on the same site of Babyn Yar?” Home to one of the world’s largest Jewish communities with deep historical roots, some of Judaism’s most distinctive ideologies and traditions originated in Ukraine. The country also has a rich Yiddish culture. Kyiv alone has several Jewish schools.

Read the article in The Lampstand.