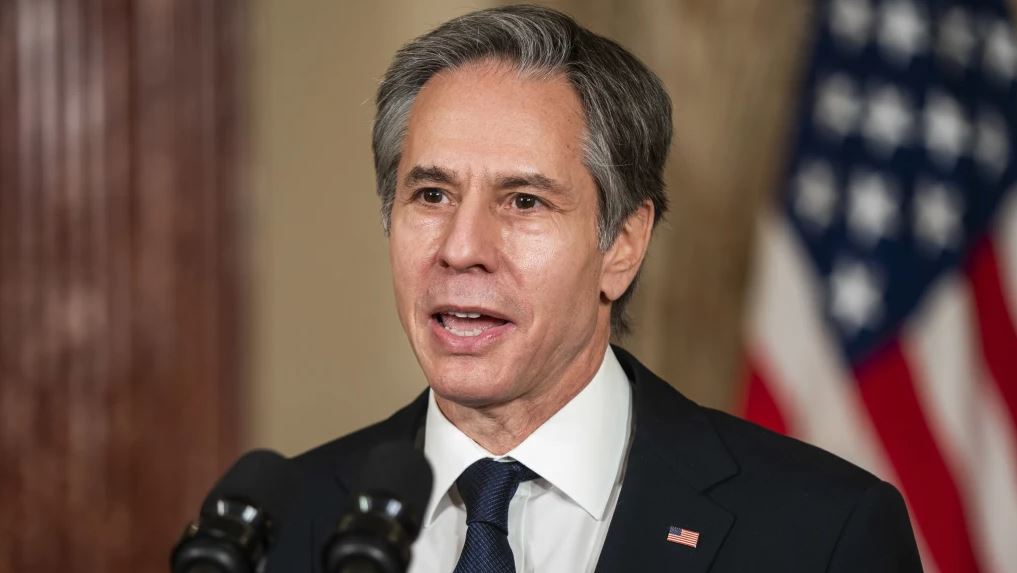 Antony Blinken said last week that Washington still believed reviving the nuclear deal was in the interests of the US. (AFP)

European officials are preparing to make a fresh push to salvage a nuclear deal with Iran, offering to send a top EU negotiator to Tehran in an effort to break a stalemate in talks, according to Western diplomats.

Enrique Mora, the European Union co-ordinator of the negotiations, has told Iranian counterparts he is ready to return to Tehran to open a pathway through the deadlock, the diplomats said. So far, Iran hasn’t responded with an invitation.

The negotiations, which started in Vienna in April last year, are aimed at agreeing to steps the US and Iran must take to return to compliance with the 2015 nuclear deal signed under Barack Obama, which lifted most international sanctions on Iran in exchange for tight but temporary limits on Iran’s nuclear activities. Donald Trump withdrew the US from the deal, arguing it wouldn’t stop Iran from developing nuclear weapons, and reimposed sweeping sanctions on Iran in 2018. In 2019, Iran started a major expansion in its nuclear program.

The talks in Vienna, which also involve Britain, France, Germany, Russia and China, have been on a protracted pause since March 11. At that point, Western and Iranian officials said the text of the nuclear deal was virtually complete.

However, the deal has run into trouble in recent weeks over Iranian demands that the US lift its designation of Iran’s Revolutionary Guards (IRGC), as a terrorist organisation. There is bipartisan opposition in Washington and anger among America’s Middle Eastern allies at the prospect of the designation being removed.

Read the article by Laurence Norman in The Australian (from The Wall Street Journal).