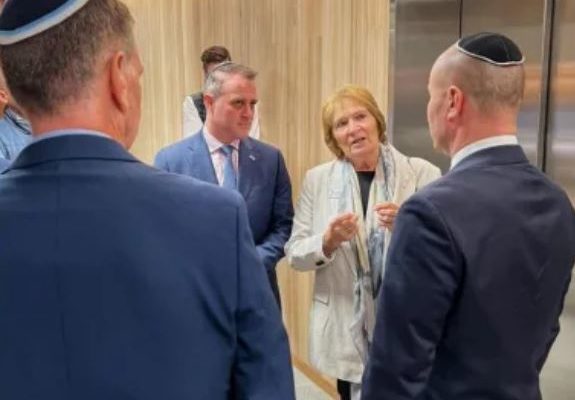 The Age is reporting from Goldstein in bayside Melbourne, exploring the national election story where it matters most – on the ground, seat by seat. Royce Millar and Najma Sambul will be filing stories and observations daily. If you live there and have insights, tips or thoughts about the key local issues, please contact them on rmillar@theage.com.au and najma.sambul@theage.com.au

The fight for Melbourne’s bayside electorate of Goldstein has boiled over as a key Jewish volunteer for independent candidate Zoe Daniel called a photo opportunity for incumbent Tim Wilson at the Holocaust Museum “all bullshit”.

During the visit, Wilson, Frydenberg and Southwick all wore yarmulkes, the customary Jewish caps worn by men.

“What sort of idiotic virtue-signalling garbage is this? Why do they all have yarmulkes on?” Gottlieb wrote in the late-night tweet. “It is a museum, not a synagogue,” he continued. “This sums up modern Liberal Party perfectly … All bullshit photo op. No substance.”

Wilson tweeted back: “At some point, [Zoe Daniel’s] campaign team should show a little respect to the Jewish community as [David Southwick] and [Josh Frydenberg] & I have done.”

Read the article by Rachael Dexter in The Age.