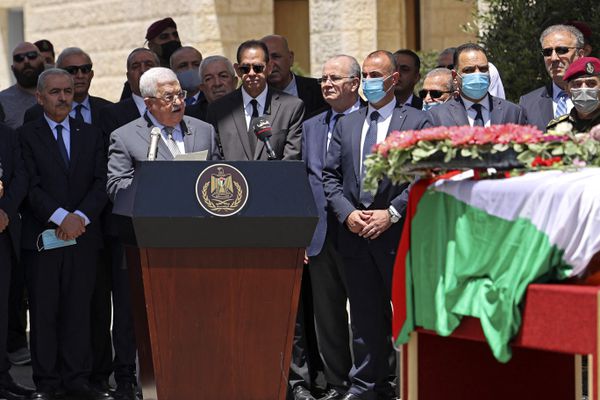 Palestinian President Mahmoud Abbas says Israeli authorities are “fully responsible” for the killing of a veteran Al Jazeera reporter during clashes in the occupied West Bank and he’s called for an international investigation.

Shireen Abu Akleh suffered a gunshot wound to the head in Jenin on Wednesday.

Al Jazeera and Qatar, where the news network is based, accused Israeli troops of the killing.

Israel, which has voiced regret at Abu Akleh’s death, said it was looking into the killing and that the fatal shot might have been fired by a Palestinian gunman.

It has proposed a joint investigation with the Palestinians, asking them to provide the bullet for examination.

“We rejected the joint investigation with the Israeli occupation authorities because they committed the crime and because we don’t trust them,” said Mr Abbas during an official memorial ceremony for Abu Akleh, who was Palestinian-American.

He added that the Palestinian Authority “will go immediately to the International Criminal Court in order to track down the criminals”.

She was covering the latest arrest operation launched by the Israeli military amid deadly Arab attacks in Israel.

Another Palestinian journalist at the scene, Ali Samoodi, was wounded.

Read the report by Ali Sawafta and watch the video on The New Daily.