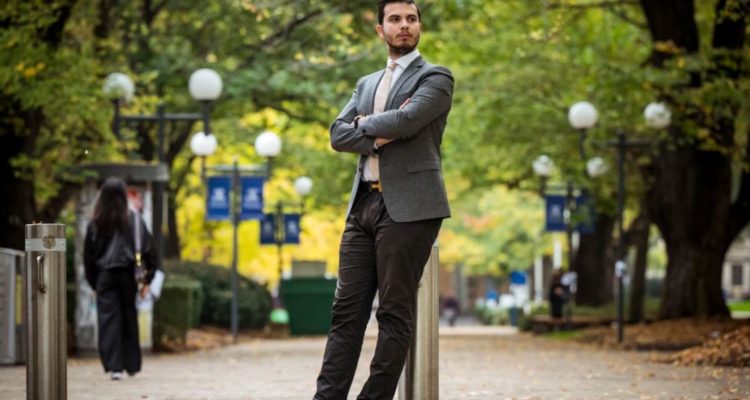 University of Melbourne student Justin Riazaty is planning to sue his university’s student union for calling on the university to boycott and divest from Israel. (Chris Hopkins)

A Melbourne University student intends to launch legal action against the student union, demanding it rescinds a controversial motion calling for the university to boycott Israel.

Postgraduate law student Justin Riazaty, 21, has engaged pro bono lawyers and has sent a letter of demand to the University of Melbourne Student Union relating to a motion that was passed on April 29. He is also gathering signatures for an open class-action lawsuit.

The motion called for the university, one of Australia’s top-ranked tertiary institutions, to launch an academic boycott and cut ties with “Israeli institutions, researchers and academics that support the Israeli oppression of Palestinians”. It also called for divestment from corporations involved with Israel.

The “Boycott Divest Sanctions (BDS) movement”, has gained traction internationally. Harvard University’s student paper published an editorial in support of the movement. In January more than 30 acts withdrew from Sydney Festival because of Israeli sponsorship.

Riazaty said the union, of which he is a member, had until 4pm on May 17 to rescind their motion, to admit it went against the union’s purposes and to draft an apology to be approved by Riazaty and then published on their social media channels to avoid legal action.

Riazaty, a Liberal Party member who is not Jewish but claims to have has many friends who are, said he believed the student union acted outside of its purpose as a student union (violating the Associations Incorporation Reform Act 2012) and alleges it violated the Racial and Religious Tolerance Act 2001. He said while it affected Jewish students and people who supported Israel, there was “a bigger injustice here”.