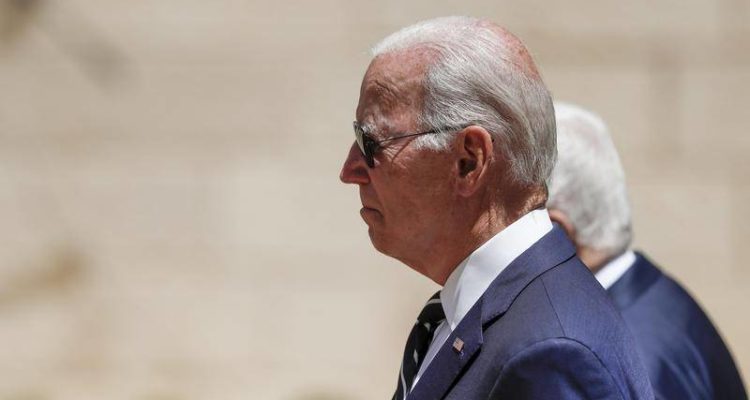 Joe Biden has promised an extra $US100 million for Palestinian hospitals but no new peace plan.

Palestinians get US aid but no peace plan

US President Joe Biden has promised not to give up efforts to end the decades-long Israeli Palestinian conflict, though he offered no new proposals to restart the stalled political dialogue between the two sides.

As he wrapped up the first leg of a Middle Eastern trip before departing for Saudi Arabia, Biden visited a hospital in East Jerusalem and pledged a multi-year $US100 million ($A148 million) package of financial and technical help.

But after a meeting with Palestinian President Mahmoud Abbas in the West Bank town of Bethlehem, he acknowledged that the creation of an independent Palestinian state remained a distant prospect with no immediate prospect of new talks with Israel.

“Even if the ground is not ripe at this moment to restart negotiations, the United States and my administration will not give up on trying to bring …both sides closer together,” he said.

Abbas said prospects for a two-state solution to the conflict, the model favoured by the United States and world bodies including the United Nations, were receding and the opportunity “may not remain for a long time”.

“Is it not time for this occupation to end?” Abbas said.

He reiterated demands that the United States open a consulate in East Jerusalem, which Palestinians want as the capital of a future independent state, remove the Palestine Liberation Organisation from a list of terrorist groups and allow it to re-open an office in Washington.

Read the article by Steve Holland in the Mandurah Mail.