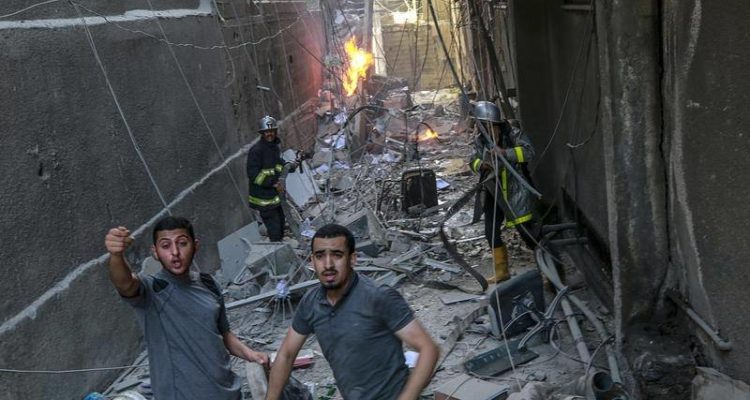 Israeli airstrikes have hit targets across Gaza, killing a senior commander of the Palestinian Islamic Jihad movement and prompting vows of retaliation from the militant group, which said it could hit Tel Aviv in response.

Local health officials said at least nine people, including a five-year old child, had been killed and 44 wounded in the strikes, which came after days of escalating tensions following the arrest of a Palestinian militant leader during the week.

An Israeli spokesperson said the military estimated it had killed about 15 “terrorists” but said it did not have a final casualty total.

“The IDF (Israel Defence Forces) is currently striking in the Gaza Strip. A special situation has been declared on the Israeli home front,” the military said in a statement.

Israel’s Army Radio reported that Israel was calling up military reservists for the region near Gaza, which has been ruled by the militant Hamas movement since 2007.

An Islamic Jihad official confirmed that Tayseer al-Jaabari, whom the Israeli military described as the main coordinator between Islamic Jihad and Hamas, had been killed in the strikes, which hit several targets around the densely populated strip.

Smoke rose from a building where al-Jaabari was apparently killed and glass and rubble were strewn across the street amid the sound of ambulances racing to other sites.

Read the article in the Moree Champion.