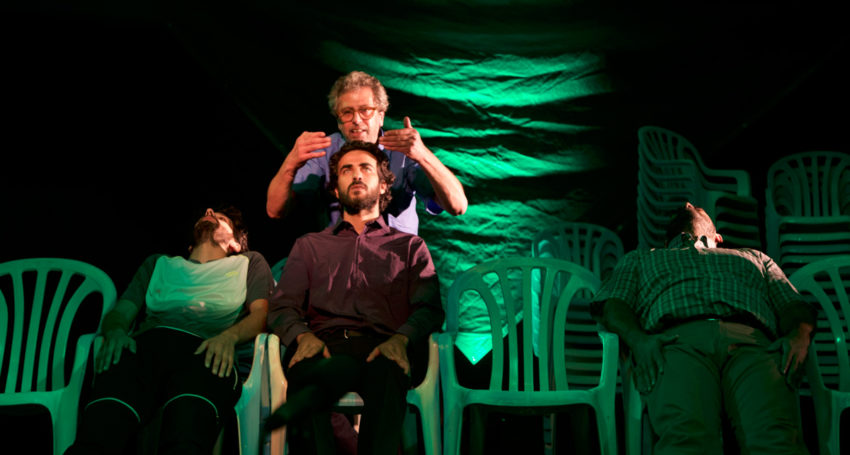 Palestine’s ShiberHur Theatre Company makes its Australian debut with this poetic and intense theatrical experience that uses storytelling, mime and a cappella to shine a light on traditional mourning rituals.

In Palestine an old man dies and six men, including his two sons, gather to conduct the three-day azza: rituals, mourning and celebration. In the course of the azza, stories are told about village life, about death and near-death, about the deceased and about each other.

Theatre in the conflict zone of Palestine is incredibly challenged. In the absence of a state, there is no theatre funding, and the small population from which audiences are drawn is spread by physical and political barriers.

Read the review in the InDaily.