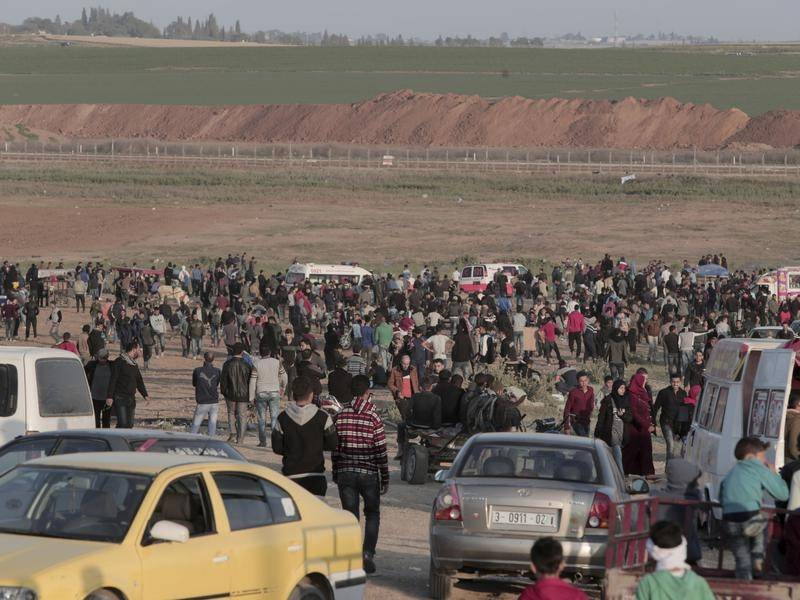 Israeli troops have shot and wounded about 70 Palestinians among crowds demonstrating at the Gaza-Israel border, health officials say, after one of the deadliest days of unrest in the area in years.

Thousands of people marched through the streets of Gaza in funerals for the 15 people killed by Israeli gunfire on Friday, and a national day of mourning was observed in the enclave and in the occupied West Bank.

An Israeli military spokesman said he was checking the details of Saturday’s unrest. It broke out when Palestinians gathered on the border between the Hamas-run enclave and Israel, then began throwing stones. Palestinian health officials said about 70 were wounded.

On Friday, at least 15 Palestinians were killed by Israeli security forces confronting protesters. The military said some had shot at them, rolled burning tyres and hurled rocks and fire bombs towards troops across the border.

Hamas said five of them were members of its armed wing. Israel said eight of the 15 dead belonged to Hamas, designated a terrorist group by Israel and the West, and two others belonged to other militant groups.

Tens of thousands of Palestinians had gathered on Friday along the fenced 65km frontier, where tents had been erected for a planned six-week protest pressing for a right of return for refugees and their descendants to what is now Israel.

Read the full article at the Bendigo Advertiser.