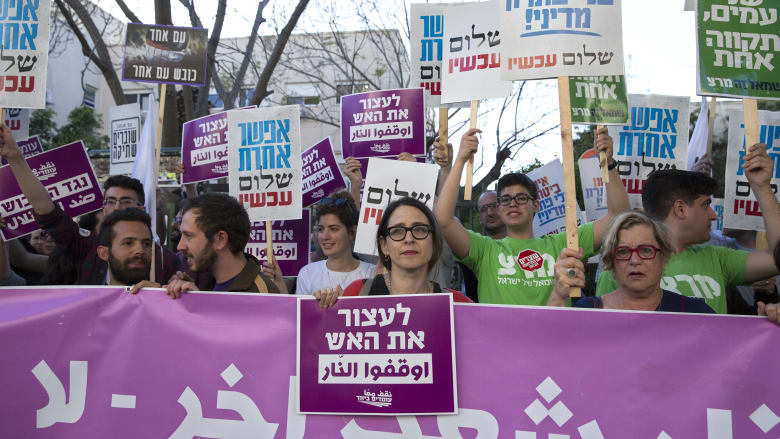 Gaza City: Israel’s defence minister, Avigdor Lieberman, has rejected calls for an inquiry into the deaths of at least 15 Palestinians, saying that troops “deserve a commendation” for their response to protests at the Gaza border.

The “March of Return” to mark the anniversary of land appropriation by Israel in 1976 drew tens of thousands of Gaza residents to points along the border fence on Friday.

Israel’s use of live ammunition to push them back triggered calls by the United Nations, rights groups and Gaza families for an investigation.

The Israeli military said it adhered to rules of engagement during what it characterised as an attempt by Hamas, the militant group that controls Gaza, to break through the fence into Israel and endanger its security.

The Palestinian representative to the United States, Husam Zomlot, accused Israel of “indiscriminate murder” and called opening fire on demonstrators “morally repugnant and a crime against humanity.”

Lieberman told Israel’s Army Radio on Sunday that only people who tried to approach the border fence had been shot. Israel’s military says its rules of engagement are confidential but comply with international law.

“Under no circumstances will a commission of inquiry be established,” Lieberman said.

Israeli troops pulled out of Gaza in 2005, but the United Nations still considers it occupied territory because Israel has “effective control”. The movement of goods and people has been severely restricted since Hamas, which Israel and the United States consider a terrorist organisation, took over Gaza 11 years ago, with Israel citing security concerns.

Israel has fought three wars with Hamas, and tensions have been building again in recent months, as rocket fire from Gaza became more frequent following the announcement by President Donald Trump that the United States would recognise Israel as Jerusalem’s capital.

A growing humanitarian crisis has fuelled frustrations, with Palestinians in Gaza laying primary blame on the continuing restrictions by Israel. The border with Egypt also remains largely closed, while punitive financial measures levelled by the Palestinian Authority against rival Hamas have added to Gaza’s woes.

No Israeli soldiers have been reported injured in the border demonstrations so far, but Israel has accused Hamas of attempting to use the protests as cover to carry out attacks. On the Palestinian side, the Gaza Health Ministry said more than 700 people suffered gunshot wounds on Friday alone.

Read the full article written by Loveday Morris at the Sydney Morning Herald.