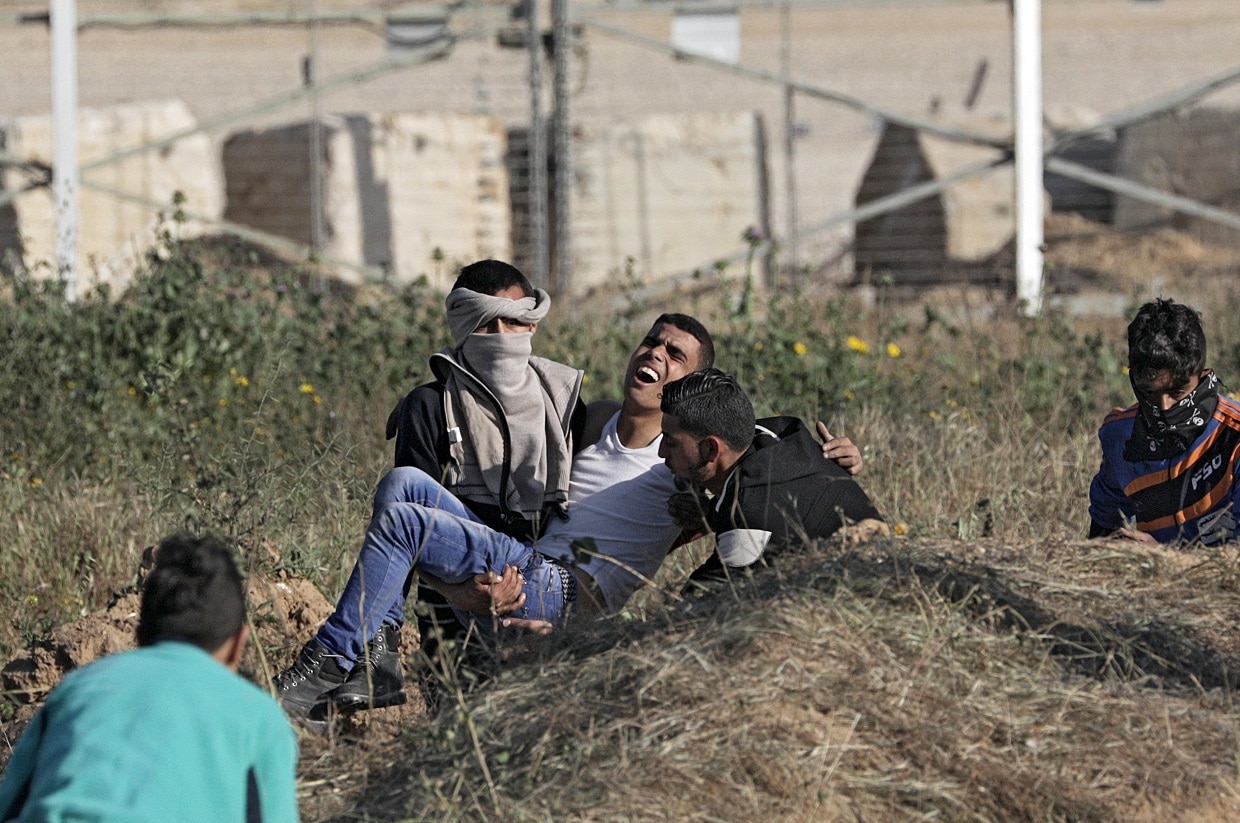 Israel rejects inquiry into killing of Palestinians at demonstration

Israel’s defense minister rejected on Sunday calls for an inquiry into the killing of 15 Palestinians by the military during a Palestinian demonstration that turned violent on Friday at the Gaza-Israel border.

Hamas, the dominant Palestinian group in Gaza, said five of the dead were members of its armed wing. Israel said eight of the 15 belonged to Hamas, designated a terrorist group by Israel and the West, and two others came from other militant factions.

UN Secretary-General Antonio Guterres has called for an independent investigation into Friday’s bloodshed.

“Israeli soldiers did what was necessary. I think all our soldiers deserve a medal,” the defense minister, Avigdor Lieberman, told Army Radio. “As for a commission of inquiry – there won’t be one.”

Tens of thousands of Palestinians gathered on Friday along the fenced 65-km frontier, where tents had been erected for a planned six-week protest pressing for a right of return for refugees and their descendants to what is now Israel.

But hundreds ignored calls from organizers and the Israeli military to stay away from the frontier.

Read the full article and watch the news clips at SBS TV.