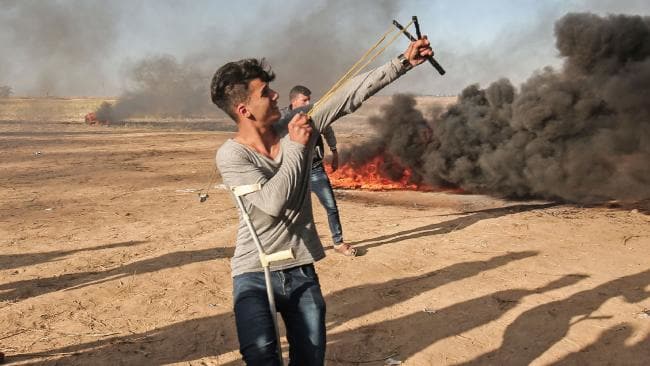 A 30,000-strong riot staged by terror organisation Hamas, in which protesters threw rocks, firebombs and burning tyres at Israeli soldiers and tried to breach the border fence, resulted in the bloodiest day on the strip since the 2014 war.

Those who despise the Jewish state were quick to accuse her of committing war crimes and a “massacre”.

Peak irony was reached when Turkish President Recep Tayyip Erdogan — whose recent credits include butchering 165 civilians in Afrin, Syria — hyperventilated about Israel being a “terror state” and its prime minister Benjamin Netanyahu “a terrorist”.

The Israeli government insists its army was acting in self-defence and with proportionate force, but the government has so far resisted calls for an inquiry.

What we do know is that most of the 15 killed — at least 10 — were identifiable militants and terror operatives, mainly with Hamas, and not innocent civilians.

Read the article by Caroline Marcus (Sky News) in The Daily Telegraph.