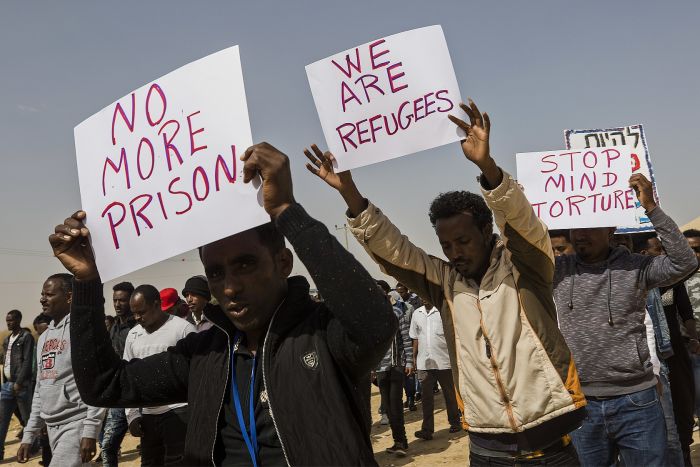 You might call it the African solution, Israel is looking at reviving a plan for the forced deportation of African asylum seekers from Eritrea and Sudan to countries like Rwanda and Uganda.

It looked like it had a solution on Tuesday, when the Prime Minister announced a dramatic deal with the UN refugee agency to resettle more than 16,000 in western countries.

But because the remainder would be settled or retrained in Israel, the deal triggered an immediate backlash in his coalition and he performed a spectacular backflip, scrapping the deal in a matter of hours.

Now, he’s searching for another option.

Listen to the segment by Matt Brown on the ABC AM program.