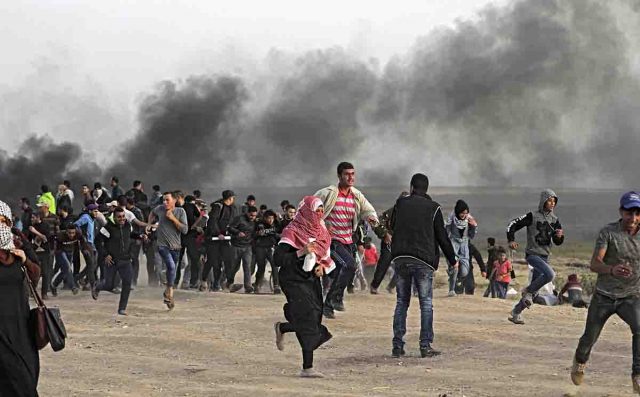 Israeli fire has killed a Palestinian at the Gaza border and another has died of wounds suffered several days ago, officials say.

The latest deaths on Thursday brings to 21 the number of Palestinian dead from a week of protests.

The Israeli military said one of its aircraft targeted an armed militant, identified as 23-year-old Mojahid al-Khodari, near the security fence along the Gaza Strip.

Tens of thousands of Palestinians are holding a six-week-long protest along the fenced border of the Israeli-blockaded Gaza Strip, an enclave of two million ruled by the militant Hamas Islamist group.

The demonstrators are pressing for a right of return for refugees and their descendants to what is now Israel.

The latest deaths are likely to add to international concerns over the violence, which human rights groups have said involved live fire against demonstrators posing no immediate threat to life.