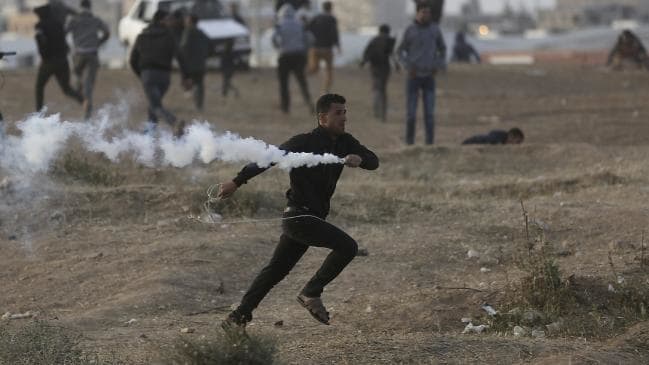 A Palestinian was killed by an Israeli air strike on the Gaza border early yesterday, the health ministry in the Palestinian enclave said, as tensions increased ahead of new protests.

The health ministry did not identify the man but said he died in Shifa Hospital in Gaza City after being targeted by an Israeli strike near the border.

The Israeli army earlier said an aircraft had “targeted an armed terrorist adjacent to the security fence”.

It said it would “not allow any harm to the security of Israeli civilians”. It did not say whether the strike was carried out by a drone or other aircraft.

It comes after at least 17 Palestinians were killed by Israeli forces last Friday when tens of thousands gathered along the border in a protest that led to clashes.