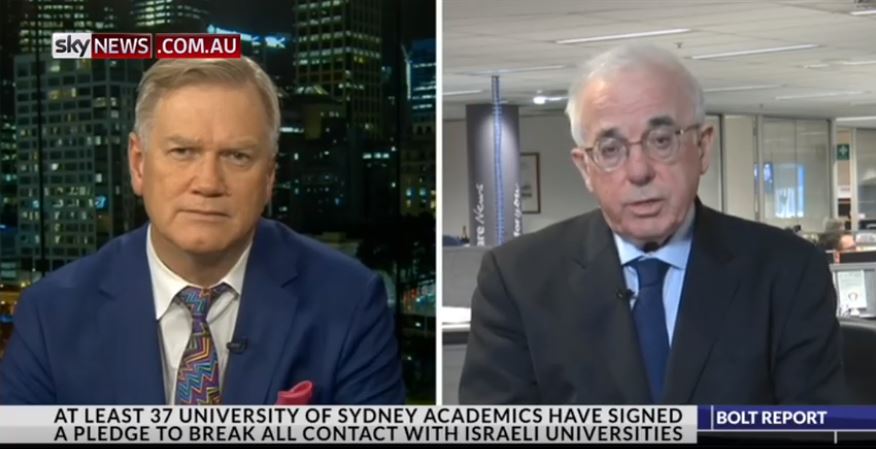 Watch part of the interview from the Bolt Report

WATCH: Gerard Henderson on the University of Sydney academics behind a move to boycott Israeli universities. On The Bolt Report, Sky News Australia.