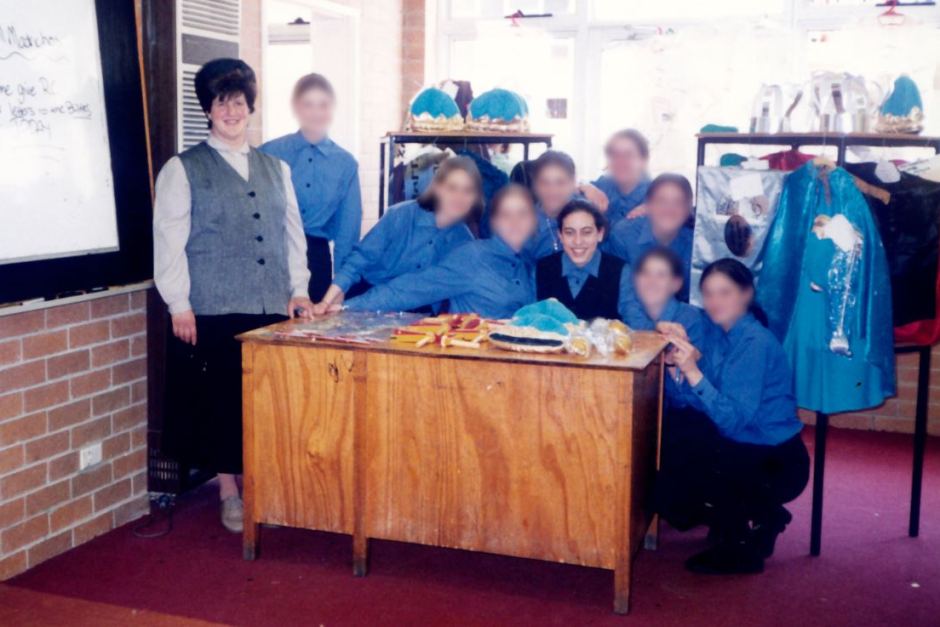 Mother-of-eight Malka Leifer looked like the perfect school principal until she was accused of being a sexual predator. This is the story of three sisters’ battle to bring their alleged abuser to justice.

It wasn’t a happy home, but the sisters have decided they need to see it again. Dassi Erlich and Nicole Meyer pause outside the North Caufield art deco era bungalow where they lived as children and point to the flower beds that once preoccupied their mother. They step up then, into the portico entrance flanked by white columns, and into the house.

The current owner of the Sapper household where the sisters grew up has allowed them to visit with ABC’s Australian Story so they can try to understand their past. Some memories confuse them: the backyard seems much smaller than they recall it. But, after all, when they lived here with their five other siblings, they were just children.

They move around the rooms, shaking their heads. Nicole is carrying her phone aloft and showing the house to their youngest sister, Elly, who joins them via Skype.

Memories from childhood flood back. How they would walk on egg shells lest they upset their controlling, angry mother who terrified them with her punishments. Dassi asks her sisters to go to the cupboard under the stairs. “I just remember it being so dark,” says Dassi, now 30.

As she opens the wooden door, it squeaks. “Not such great memories,” says Nicole, 32. “That cupboard brought back memories which I prefer not to talk about. Very, very, significant memories,” Elly, 29, says.

The sisters refuse to expand on what happened inside the dark cupboard under the stairs. They agree though, that their home life as the children of parents who were members of Melbourne’s ultra-orthodox Adass Israel community made them susceptible to dark forces that they were ill-prepared to understand or resist. “There was neglect emotionally and that would have left us vulnerable prey for anyone who would show any form of affection or care in any form,” Nicole says.

Read the story at ABC News and watch the Australian Story’s The Justice Principle two-part investigation on ABC TV.