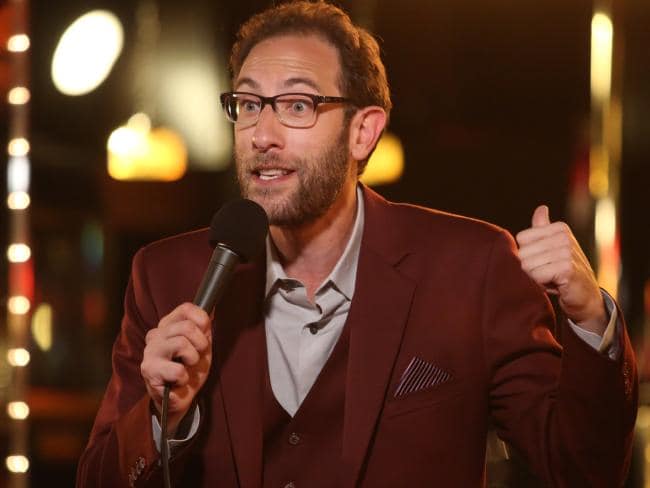 A JEWISH comedian who made a Holocaust joke during the Comedy Festival has been loudly heckled by the Anti-Defamation Commission.

Ari Shaffir, from the US, referenced the Nazi gas chambers last week during a routine about Jewish people, in his stand-up show Heretic.

Commission chairman Dr Dvir Abramovich said he had been contacted by a woman in the audience whose mother was a Holocaust survivor.

The festival-goer had been deeply distressed by Shaffir’s reference, he said, especially given Shaffir was Jewish-born, though he now claims to be an atheist.

“I’m not comfortable with what he joked about Jews, but to joke about the gas chambers as well is a whole other issue and totally crosses a red line,” Dr Abramovich said.

“You can’t defend the indefensible. We strongly believe that Ari Shaffir needs to exercise better judgment in the ­future, and owes the victims and survivors an apology for a skit that went too far.

Read the article by Catherine Lambert in the Herald Sun.