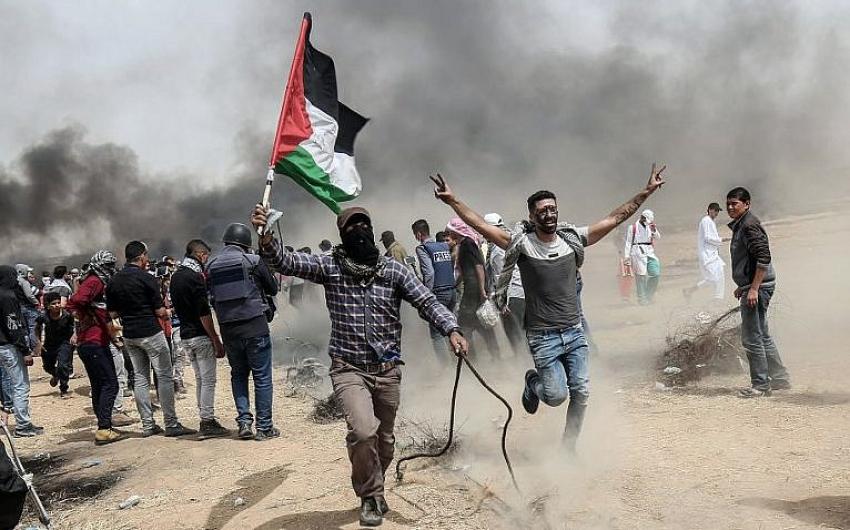 The Great March of Return, a six-week campaign of protests in Gaza for the right of Palestinian refugees to return to their homes, commemorated Prisoners’ Day on April 20.

The five main sites of the march in Gaza are becoming semi-permanent encampments as thousands of Gazans provide support for thousands of others who continue to approach the fortified border with Israel.

The campaign will continue until the 70th anniversary of al-Nakba (the Catastrophe) on May 15, which marks the founding of Israel on the back of ethnic cleansing of Palestinians.

Gazans are defying tear gas and live ammunition fire to get closer to the heavily fortified border each Friday. Israel complains about “infiltrators” breaching barriers, but the reality is that the infrastructure of Israel’s heavily militarised border extends several hundred metres inside Gaza itself.

When conflict occurs, Israel can and does unilaterally declare more no-go zones that extend even further into Gaza. This means any Palestinian caught in these newly declared no-go zones on their own land becomes an “infiltrator” and therefore a “legitimate” target for the Israeli Defence Force.