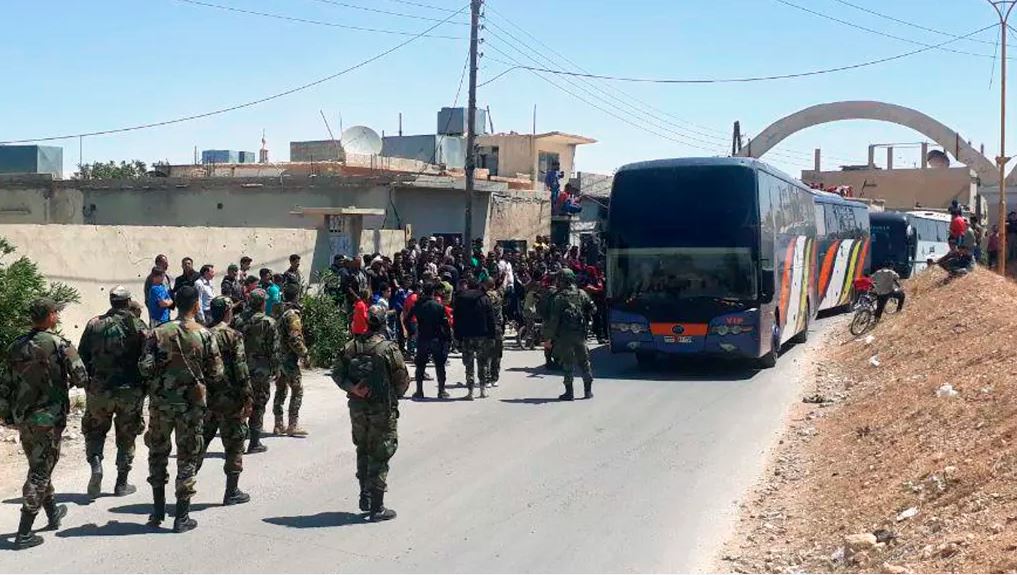 Damascus: Damascus confirmed rocket attacks on military bases in central Syria to state-run media early Monday, but did not say who was responsible.

The Syrian news agency SANA quoted a military source as saying military positions in the provinces of Hama and Aleppo had been “subjected to a new aggression with hostile missiles at about 10:30 pm,” on Sunday.

Syrian television aired images of what it said was the explosions. It had earlier reported loud blasts heard in rural areas of Hama.

Some media loyal to the Syrian regime suggested Israel was behind the attacks. Israel does not usually comment on such cases.

The Britain-based Syrian Observatory for Human Rights said shelling targeted a Syrian army base, home to the 47th Brigade, near the city of Salhab, west of Hama, where Iranian forces are also stationed.

Read the article by Weedah Hamzah in the Sydney Morning Herald (Deutsche Presse-Agentur).