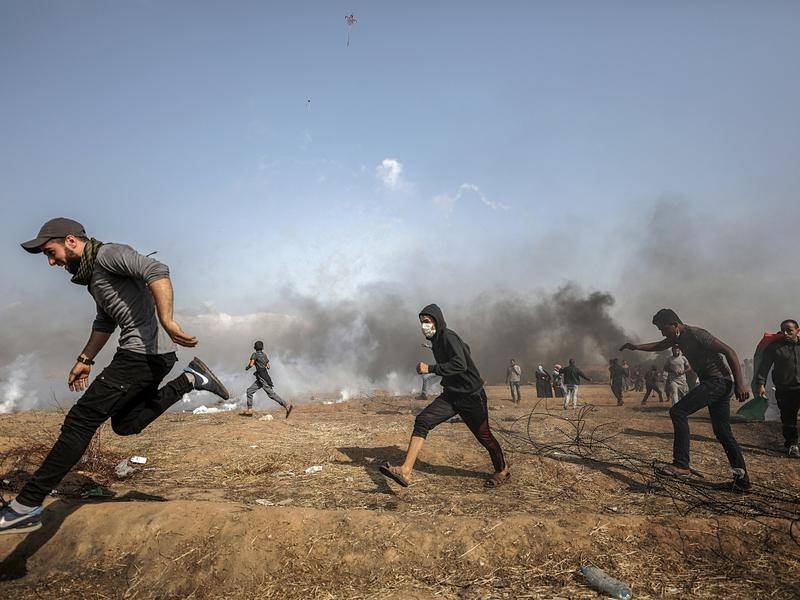 Israeli troops fatally shot two Palestinians who infiltrated the country from Gaza and attacked soldiers with explosives and killed another Palestinian who tried to breach the border, the military says.

Another Palestinian was detained in the latter incident, and two more were caught trying to cross the border in a third case, the military said on Sunday.

The Gaza border has been tense in recent weeks, with the Islamic militant group Hamas that rules Gaza urging mass Palestinian protests there every Friday as part of a weeks-long campaign against a decade-old blockade of the territory.

The protests have turned violent and 39 Palestinians have been killed during the unrest, which began on March 30.

Israel says that it is defending its sovereign border, including nearby communities, and that its troops target only instigators.

Israel accuses Hamas, which is sworn to Israel’s destruction, of trying to carry out attacks under the guise of the mass protests.

The military said that “two terrorists who infiltrated into Israel hurled explosive devices” at soldiers on Sunday night. The soldiers returned fire, killing them.

About a half hour earlier, two Palestinians damaged the security fence and tried to cross into Israel. Troops opened fire, killing one, the military said. The other was detained for questioning, it said.

Read the full article written by Ian Deitch at The Courier.