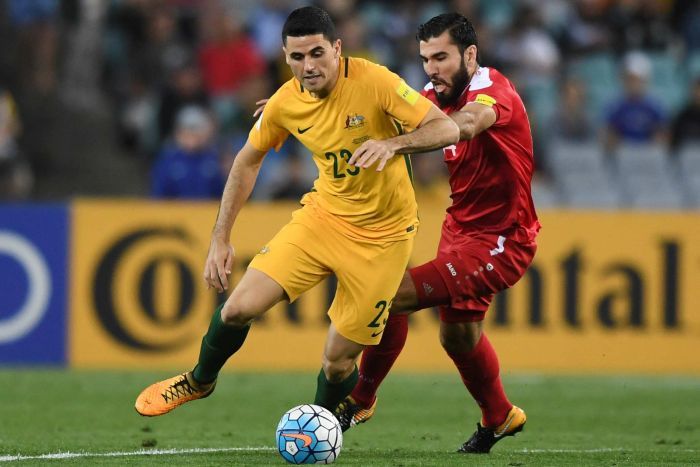 Socceroos’ opponents for the 2019 Asian Cup have been revealed

THEIR grip on the Asian Cup is about to be released – now the Socceroos know who they will have to play at the start of their defence of their crown.

Australia will play Syria, Palestine and Jordan in Group B at the Asian Cup in January, a relatively benign introduction for Graham Arnold in what will be his first major assignment once he takes over from Bert van Marwijk as coach after the World Cup.

As defending champions, after defeating South Korea in the final in 2015 under Ange Postecoglou, Australia will travel to the tournament in the UAE with confidence.

Palestine will be an unknown quantity having never played Australia since they were admitted as a national team by FIFA in 1998.

Read the article Tom Smithies in the Daily Telegraph.