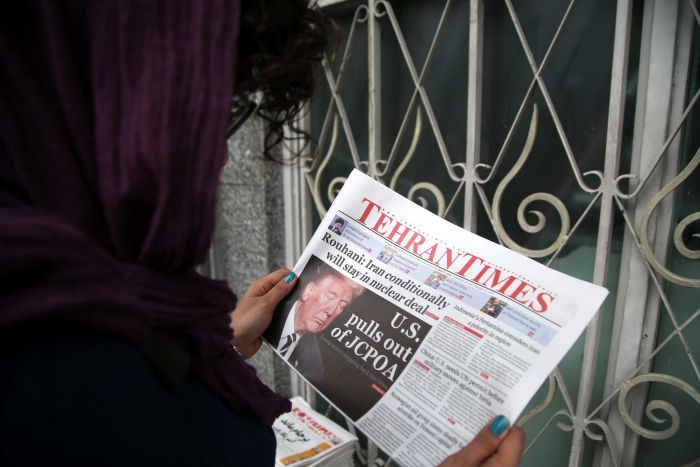 Is US exit from Iran nuclear deal all about regime change?

On Sunday President Donald Trump tweeted, Iran was ‘trying to take over the Middle East by whatever means necessary. Now, that will not happen!’

Almost a week after the US pulled out of the 2015 nuclear agreement, the political rhetoric hasn’t mellowed. European supporters of the deal are under intense US pressure to pull out.

The Iranians have refused to negotiate a new agreement and believe the US is pushing a policy of regime change.

Listen to the interview with Dr Roham Alvandi on the ABC Late Night Live program.