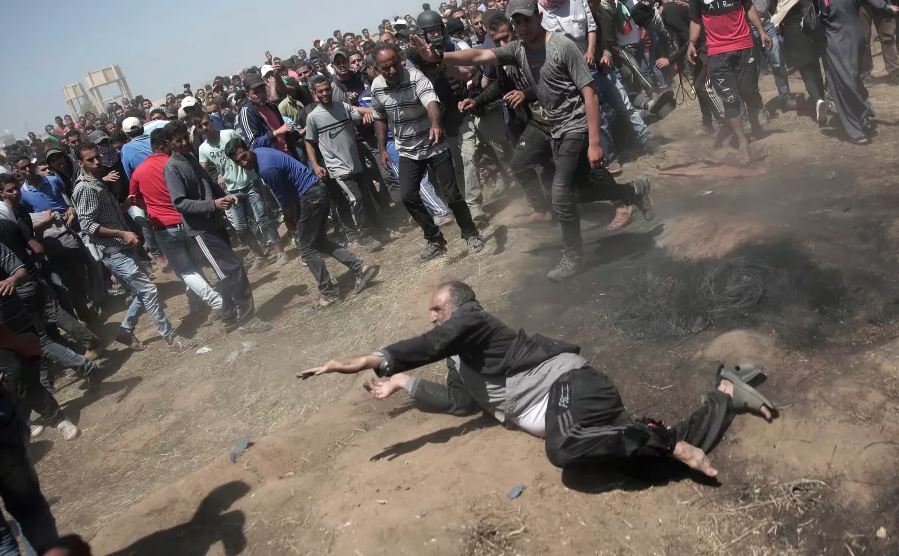 In a jarring contrast, Israeli forces shot and killed at least 55 Palestinians and wounded thousands during mass protests Monday along the Gaza border, while just a few kilometres away Israel and the US held a festive inauguration ceremony for the new American Embassy in contested Jerusalem.

Palestinian Health Ministry officials said 55 protesters were killed and 2700 injured either by live gunfire, tear gas or other means.

It was by far the deadliest day of cross-border violence since a devastating 2014 war between Israel and Gaza’s Hamas rulers, and further dimmed the already bleak prospects for President Donald Trump’s hoped-for peace plan.

Throughout the day, Gaza protesters set tires ablaze, sending thick plumes of black smoke into the air, and hurled firebombs and stones toward Israeli troops across the border. The Israeli military, which has come under international criticism for using excessive force against unarmed protesters, said Hamas tried to carry out bombing and shooting attacks under the cover of the protests and released video of protesters ripping away parts of the barbed-wire border fence.

“What we saw today was unprecedented violence along the fence,” said Brigadier General Ronen Manelis, the chief military spokesman, defending the tough Israeli response. “We are protecting Israel’s citizens. We are defending our homes.”

Monday’s protests culminated more than a month of weekly demonstrations aimed at breaking a crippling Israeli-Egyptian border blockade. But the US Embassy move, bitterly opposed by the Palestinians, added further fuel.