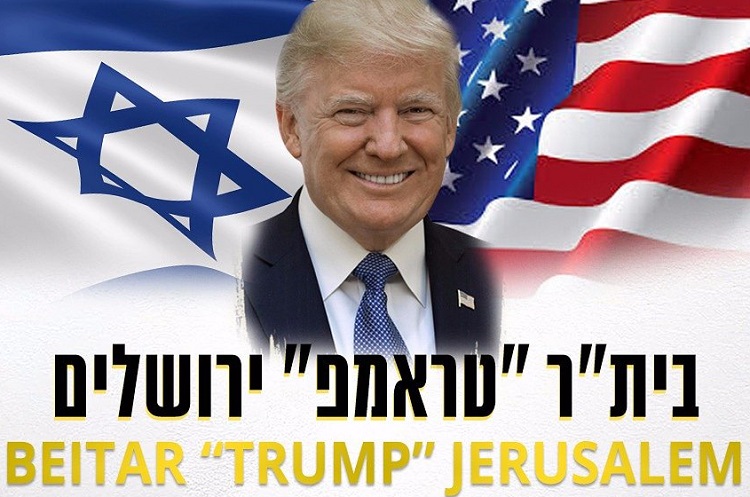 An Israeli soccer team has changed its name to honor President Donald Trump, a day before the U.S. embassy is slated to move to Jerusalem.

“For 70 years Jerusalem been awaiting international recognition, until President Donald Trump, in a courageous move, recognized Jerusalem as the eternal capital of Israel,” the Beitar Trump Jerusalem football club — formerly known as the Beitar Jerusalem Football Club — said on its Facebook page.

“President Trump has shown courage, and true love of the Israeli people and their capital, and these days other countries are following his lead in giving Jerusalem its rightful status.”

Read the article by Alisa Odenheimer in The Sydney Morning Herald (from Bloomberg).