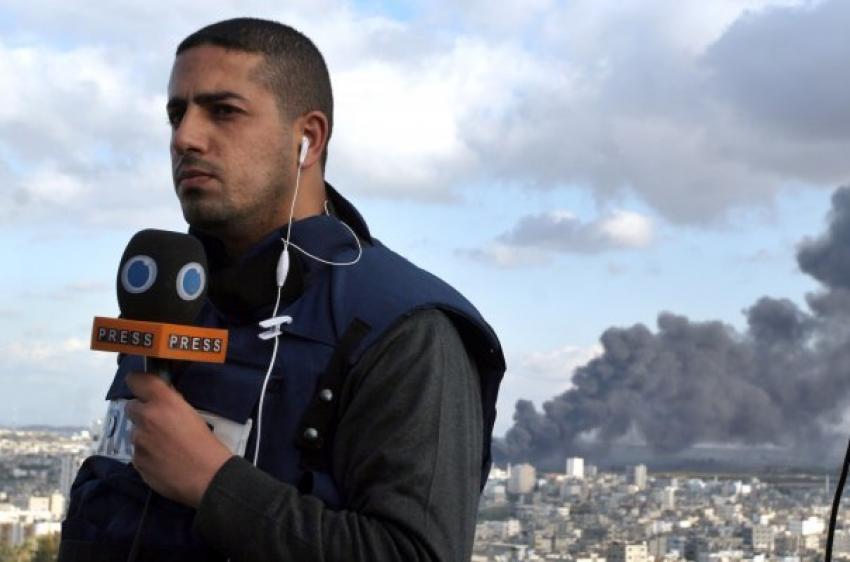 Gazan journalist: ‘We are not numbers’

Yousef Al-Helou is a British-based journalist from Gaza city who has worked with Al Araby TV Network. He currently manages Gaza TV News. Al-Helou sent the below greetings to a screening the Palestinian film The Wanted 18 in Geelong organised by Socialist Alliance on May 18.

Palestinians are not numbers! The Israeli occupation forces have been dehumanising the Palestinians for a long time and manipulating the facts. They portray the indigenous natives of the land — Palestinians — as the victimisers simply for fighting for their right to be a free nation, for self determination, for equal rights under the ongoing 70 years of military occupation.

The right of Palestinian refugees to return where their ancestors were forced to flee in 1948 is a sacred right. The humanitarian situation in Gaza is a man-made disaster as a result of the ongoing 12-year crippling illegal Israeli siege imposed on Gaza’s 2 million people, who are living in a big cage.

The unarmed protesters killed by Israel [since the Great March of Return began on March 30] were just trying to protest at Gaza’s perimeter known as the security fence, an armistice line drew back in 1948 to prevent the refugees returning to their homes and towns. Besides Gaza is not a sovereign country to claim that its people are trying to infiltrate the “border”.