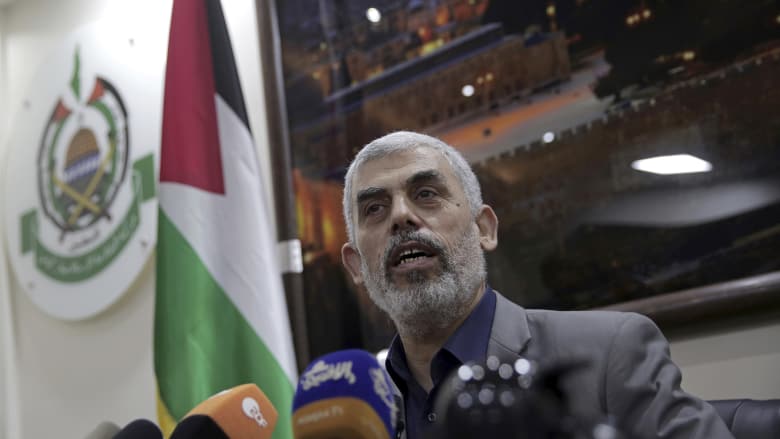 Yehiyeh Sinwar, the Hamas militant group's leader in the Gaza Strip, speaks to foreign correspondents, in his office in Gaza City. Photo: AP

The truth behind Hamas and the Gaza protests

Hamas was proud to take responsibility this week for unleashing a barrage of 199 rockets and mortars directed at southern Israel; on houses, towns, villages, kindergartens and schools. For such is the nature of this dangerous Islamist movement which has controlled Gaza for 11 years and for whom the only aim is the publicly-avowed destruction of the Jewish state.

Hamas has dedicated almost the entirety of its resources to that single aim. The public relations campaign disseminated by its apologists brazenly blames the poverty of ordinary Gazans on Israel.

Indeed, Gazans are living in poverty but the reality should and could have been wildly different.

According to every serious international estimate, two-thirds of the income of Hamas ends up in the pocket of its military wing. Money that could and should have been used for building hospitals, roads, housing, electricity supply and basic needs is instead funneled into the manufacture of rockets and missiles and especially into the building of a network of terror tunnels whose only aim is the facilitation of entry of Hamas operatives into Israel for the purpose of kidnapping and murdering innocent Israelis. In the past few years alone, Israel has uncovered over 35 of these attack tunnels and it is presumed that a significant number remain undetected. Palestinian estimates emphasize that each tunnel costs just over 7.8 million Australian dollars.

On this basis, Hamas has squandered at least 300 million dollars for the sole objective of attacking Israelis, rather than for improving the lives of the civilians it controls. Undoubtedly there is poverty in Gaza, undoubtedly the ordinary Gazan deserves a better life, yet undoubtedly too the prioritization of the killing of Israelis over the welfare of its own people is what this extremist organization is all about.

It is in this vein that the violence of the past few weeks need be viewed. It was Jonathan Swift who famously wrote: “Falsehood flies, and truth comes limping after it, so that when men come to be undeceived, it is too late; the jest is over, and the tale hath had its effect”. A number of observers decided of their own volition that Israel fired indiscriminately on unarmed protesters desirous of a better life or at least upset at the opening of the U.S. Embassy in Jerusalem.

Read the full article written by Mark Sofer at the Sydney Morning Herald.