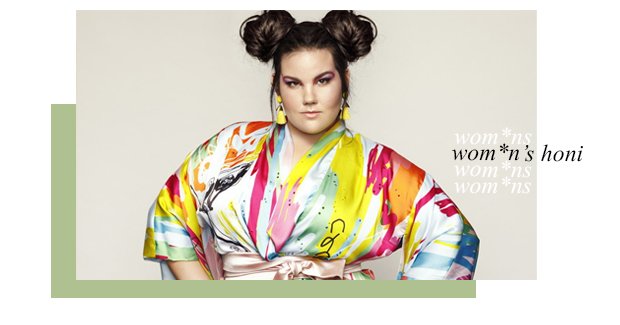 The costumes, the drama, the geopolitical tensions played out via power ballad: I fuck with Eurovision hard. I watched this year’s offerings in the same manner that I have enjoyed the show every year since I was 17: bullshit high and with great pleasure. It was also in this manner that I watched the Israeli entry. Aside from being one of the most annoying songs I have ever heard, Netta’s Toy is a clear foray into cornering the liberal feminist market and attempting to sell it Brand Israel, having already done the same with its queer and vegan counterparts.

Toy has been touted as a new feminist anthem, its lyrics covering everything from bullying to fuckboys. Its peaked at 49 on the UK charts, but its popularity within eurovision fans knows no bounds. It won the competition, meaning that in 2019 Eurovision will be held in Jerusalem.

“You can like the song without supporting Israel” is a false statement for a number of reasons, the most obvious being that you can’t remove Toy from the context of Israel because it was entered into an international competition that on behalf of Israel. Toy forms a part of the media produced by Israel for a global audience that is designed as a distraction from its continued violence against the Palestinian people. By producing media that appears “feminist” in its message ( Toy has been described as having a “me too” message by multiple commentators ) Israel attempts to establish itself as a beacon of progressivism in the middle east, reinforcing orientalist stereotypes and establishing an image that is entirely false in doing so. Even if one was able to remove Toy from this context, the song remains incredibly problematic. Netta appropriates both Japanese and Black American cultures in the sound and styling of Toy. The lyrics and music were also written by two men-proving that even if it were to exist in some kind of magical post-colonial utopic vacuum, Toy would still be a shallow mockery of feminism. Also, the song sucks ass.

Read the article by Madeline Ward in Honi Soit.